A detail from the Goldsmiths’ Company’s grant of arms, 1571

In 1571, the Goldsmiths' Company was granted the right of a helm, crest and supporters to the arms which it had ‘long tyme borne’. The original grant of arms was not known, if indeed there had ever been one, but from various references it is evident that they were in use from the fourteenth century. The leopard’s heads are an obvious allusion to the king’s mark of 1300, and the cups and buckles are meant to show that all categories of goldsmithing are represented in the Company; the cups for the large or plate workers, the buckles for the small workers or jewellers. 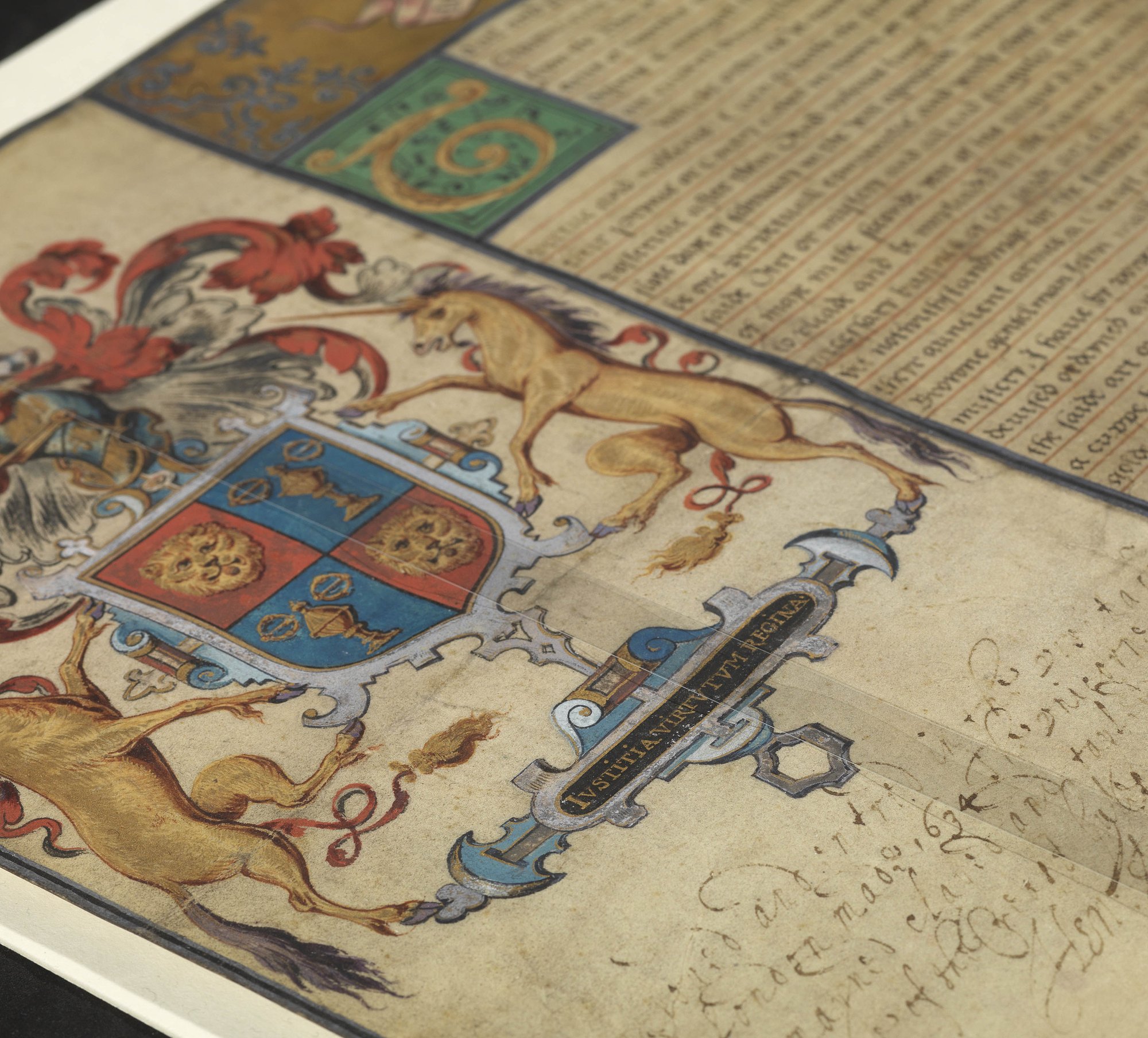 A detail from the Goldsmiths’ Company’s grant of arms, 1571

The Company’s archives date back to the 14th century, and the Library's collections include over 8,000 books and over 15,000 images, magazines, journals, films and special research collections.

The Worshipful Company of Goldsmiths, more commonly known as the Goldsmiths' Company, is one of the Twelve Great Livery Companies of the City of London and received its first royal charter in 1327.