Part of the Embassy Silver collection which was made in the Park Lane, Sheffield workshop of David Mellor which also included coffee pots, tea kettles, peppermills, condiment sets, salvers and candlesticks. Warsaw was the first new embassy to be equipped with Mellor’s silver, followed by Mexico City. In 1965, he received a Design Centre Award. In 1969 he opened his first London shop in Sloane Square selling his range of kitchen and tableware. This was followed by shops in Manchester, Covent Garden, Butler’s Wharf and Hathersage selling ‘David Mellor Design’.

David Mellor from 1960 became a key figure in the evolution of post-war British design. Today, his son Corin continues the family design company at Hathersage. Purchased by the Company. 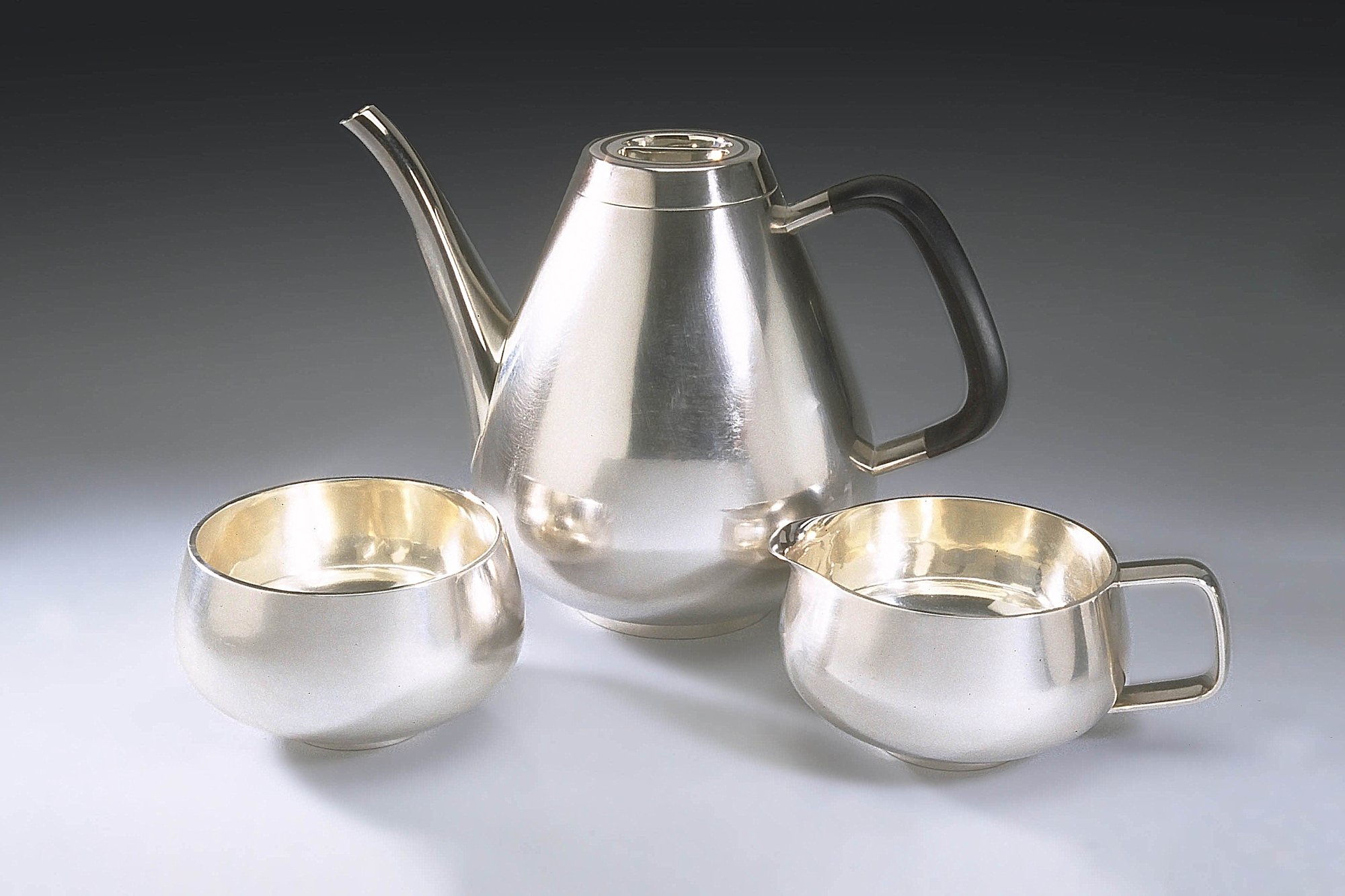