R.M.Y. Gleadowe (1884-1944), art master at Winchester and Slade Professor of Fine Art at Oxford, was equally able to design for the manufacturing companies Wakely and Wheeler Ltd. and Barnard & Sons Ltd. as well as collaborating with the individual craftsmen G.T. Friend and H.G. Murphy. The engraving skill of George Friend, a teacher of engraving and lettering at the Central School of Arts & Crafts where Murphy taught, particularly embraced Gleadowe’s lyrical draughtsmanship with its linear pictorial symbolism. From 1928 until his death in 1944, despite this brevity of time, Gleadowe became established as ‘one of the ablest designers who worked with silversmiths’. Purchased by the Company. 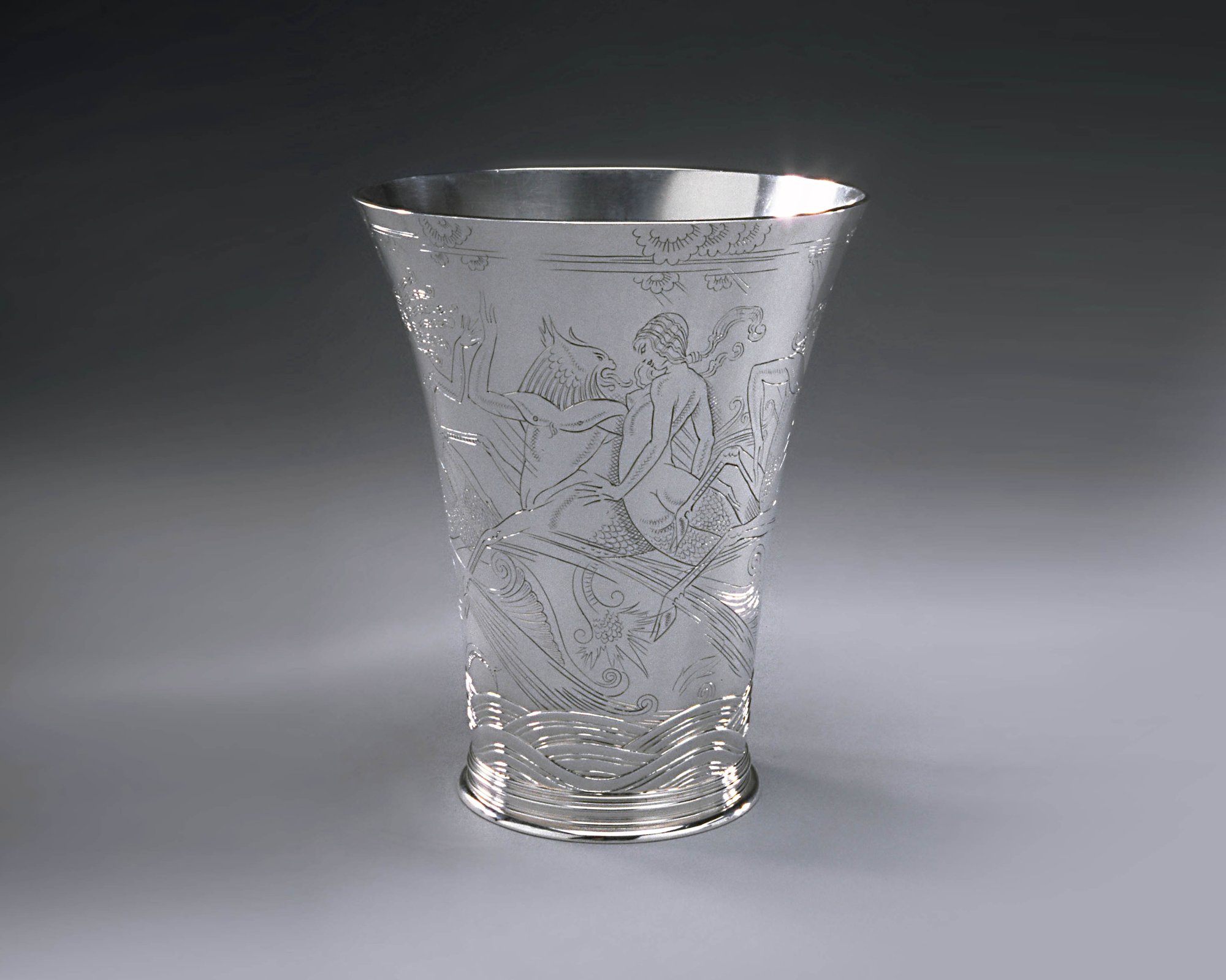