This dish was commissioned by the Goldsmiths’ Company to celebrate the Millennium. The Millennium celebration itself is represented by enamel flames (bonfire) and fireworks (stars) around the centre of the dish. The rim, with its subtle engraving and pastel enamel highlights, suggests the tiny place of humanity within the vastness of the universe of all time, represented by wind, water and rock formations. This concept of all time is echoed in the central void, its empty space evocative of time future.

One of the four major Millennium commissions, the dish featured as an iconic statement in the Company’s exhibition ‘Treasures of the Twentieth Century’, where a third (569 exhibits) of the Goldsmith’s Company’s Contemporary Collections of silver, jewellery and art medals represented the 20th century. 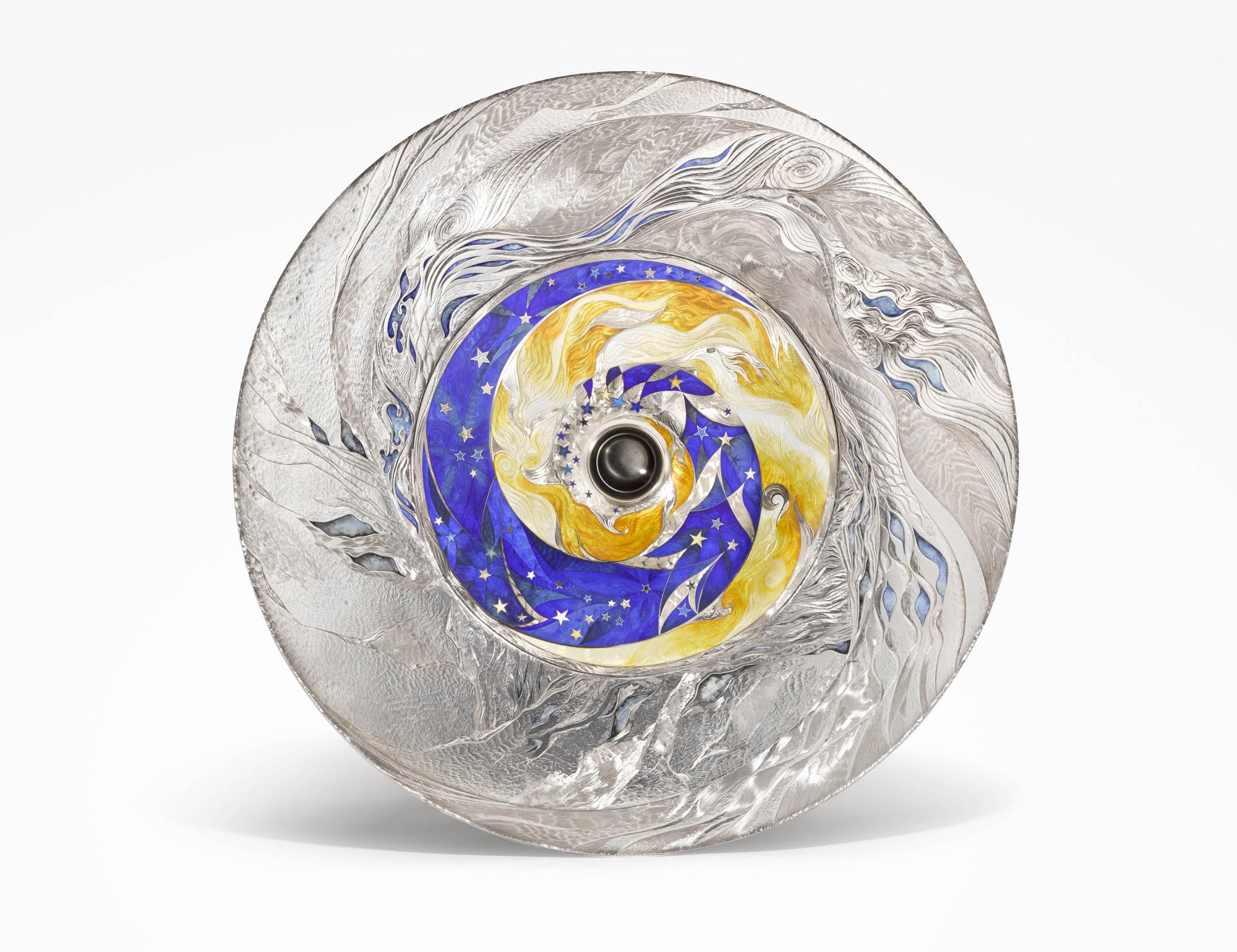