This dish, using a combination of modern technology and traditional silversmithing, is considered by Stuart Devlin to be the most important silver commission he has ever had. The dish is a celebration of the City of London, the home of the Goldsmiths’ Company since its Royal Charter in 1327. The architectural rim is composed of 85 buildings existing in the year 2000, symbolising the diversity, history and culture of the City in the last year of the 20th century, bordering on the undulating River Thames.

The centre of the dish incorporates Stuart Devlin’s version of the Company’s coat of arms with particular attention to the mantling. The coat of arms, with its quartered shield of leopards’ heads denoting hallmarking, and cups and buckles denoting patronage of large and small workers in precious metals, emphasises the continuity of the standards of excellence maintained for its craft by this City livery company. Commissioned for the Millennium by the Company. 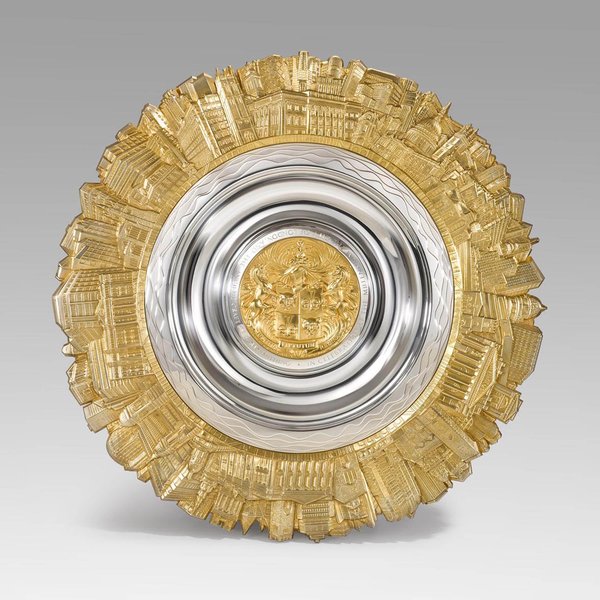 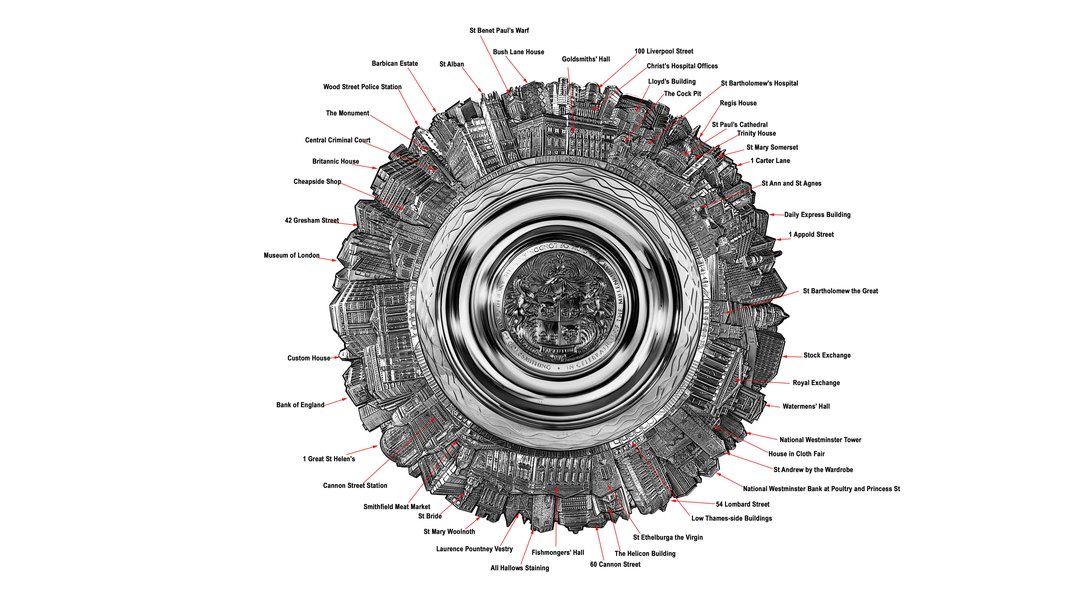