Inspired by engineered matching structures and rhythmic patterns of natural forms. The concept here is to reflect a visual balance of opposing elements. The artist silversmith was conscious of the balance between technological sophistication and the preservation of the natural world being issues considered critical at the turn of the new century in 2000. 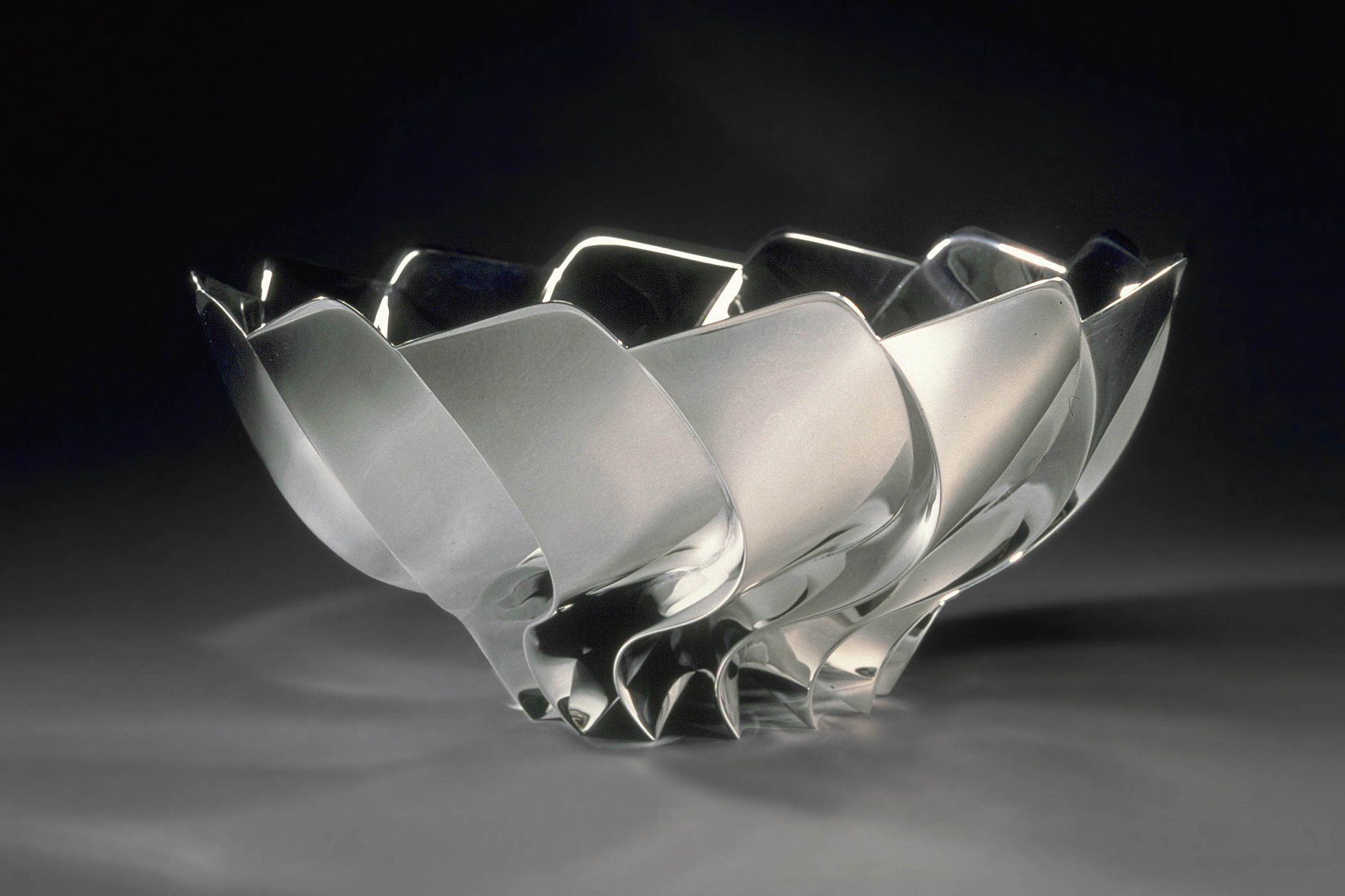