Commissioned to commemorate the Diamond Jubilee of the reign of Her Majesty Queen Elizabeth II. The centre is chased with the royal crown and the cipher EIIR, against a background of flowing lines, signifying the sea. Each of the four applied panels represent the flowers of the four nations of the United Kingdom; roses for England; thistles for Scotland; daffodils for Wales; and shamrocks for Northern Ireland. The four raised panels produce a cross and represent HM The Queen as Defender of the Faith. The central island boss amidst the water holds the four nations together. 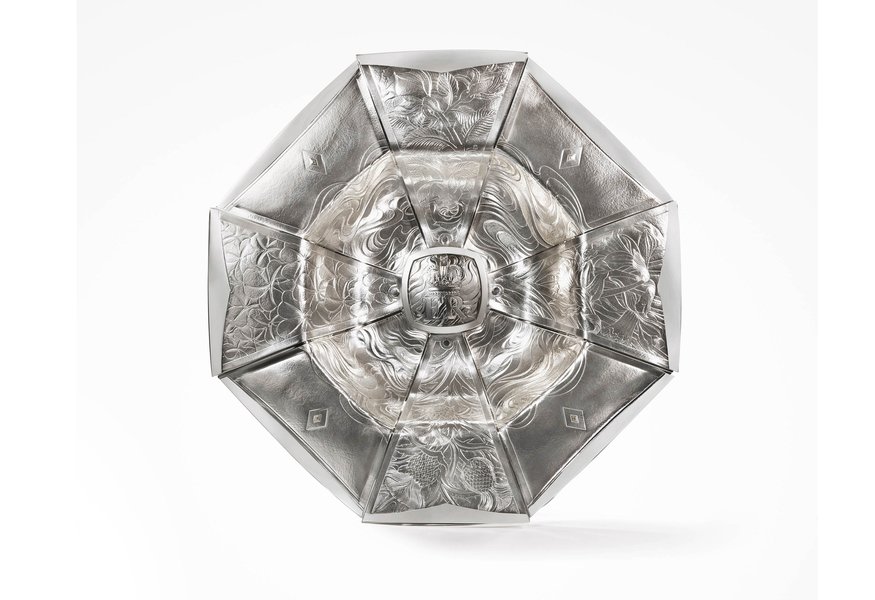 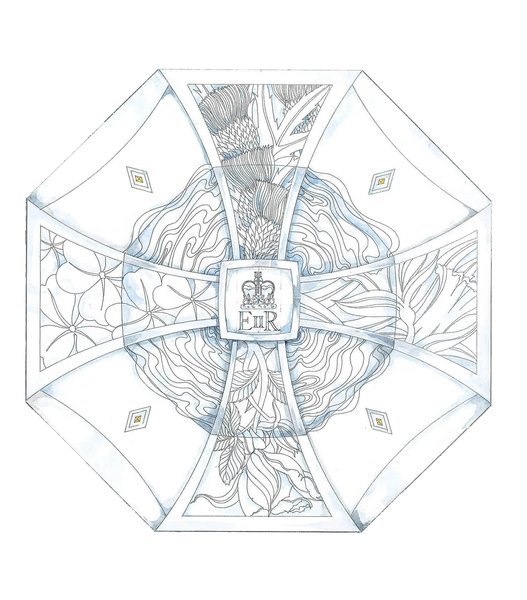 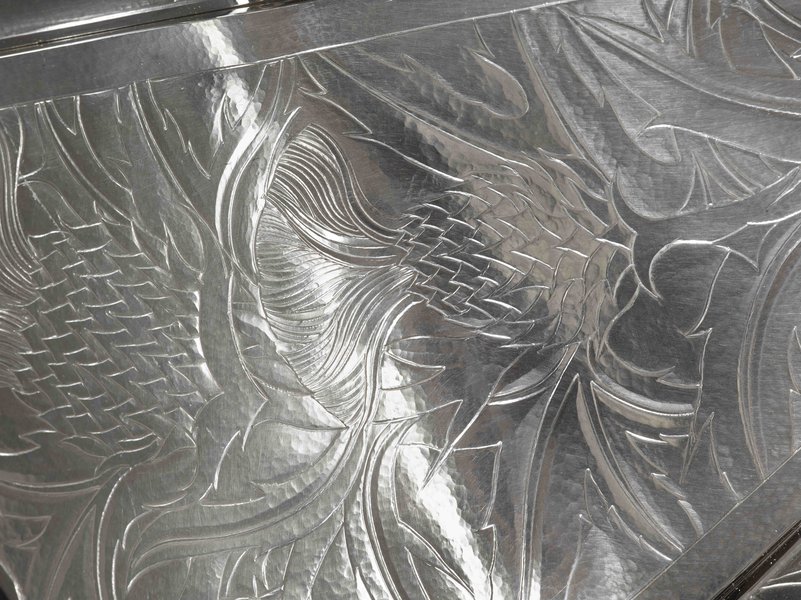 The dish forms the centrepiece in a new display of contemporary designed pieces by modern silversmiths. This display is used on formal occasions in the Livery Hall of Goldsmiths’ Hall as the Buffet Plate to highlight to the guests dining there the Company’s role as a major patron of modern silver and the exceptional quality of silver work.

On 9 July 2015, HM The Queen was shown this dish at Buckingham Palace at a private audience with the artist silversmith, Mr Geoffrey Munn and the Art Director and Curator of the Company, Rosemary Ransome Wallis.