John Paul Cooper (1869-1993), signed his letters to the Goldsmiths’ Company ‘J.Paul Cooper’ and was always known as J.Paul Cooper at Goldsmiths’ Hall. He began silversmithing under the influence of Henry Wilson. In 1900 The Studio enthused about his ‘refined work in shagreen’. He taught at the Birmingham School of Art 1904-1907, then living and working at Betsom’s Hill, Westerham in a large house and garden on the slopes of the North Downs. He designed and made in the ‘Morris tradition’ of the Arts & Crafts Movement. Purchased by the Company. 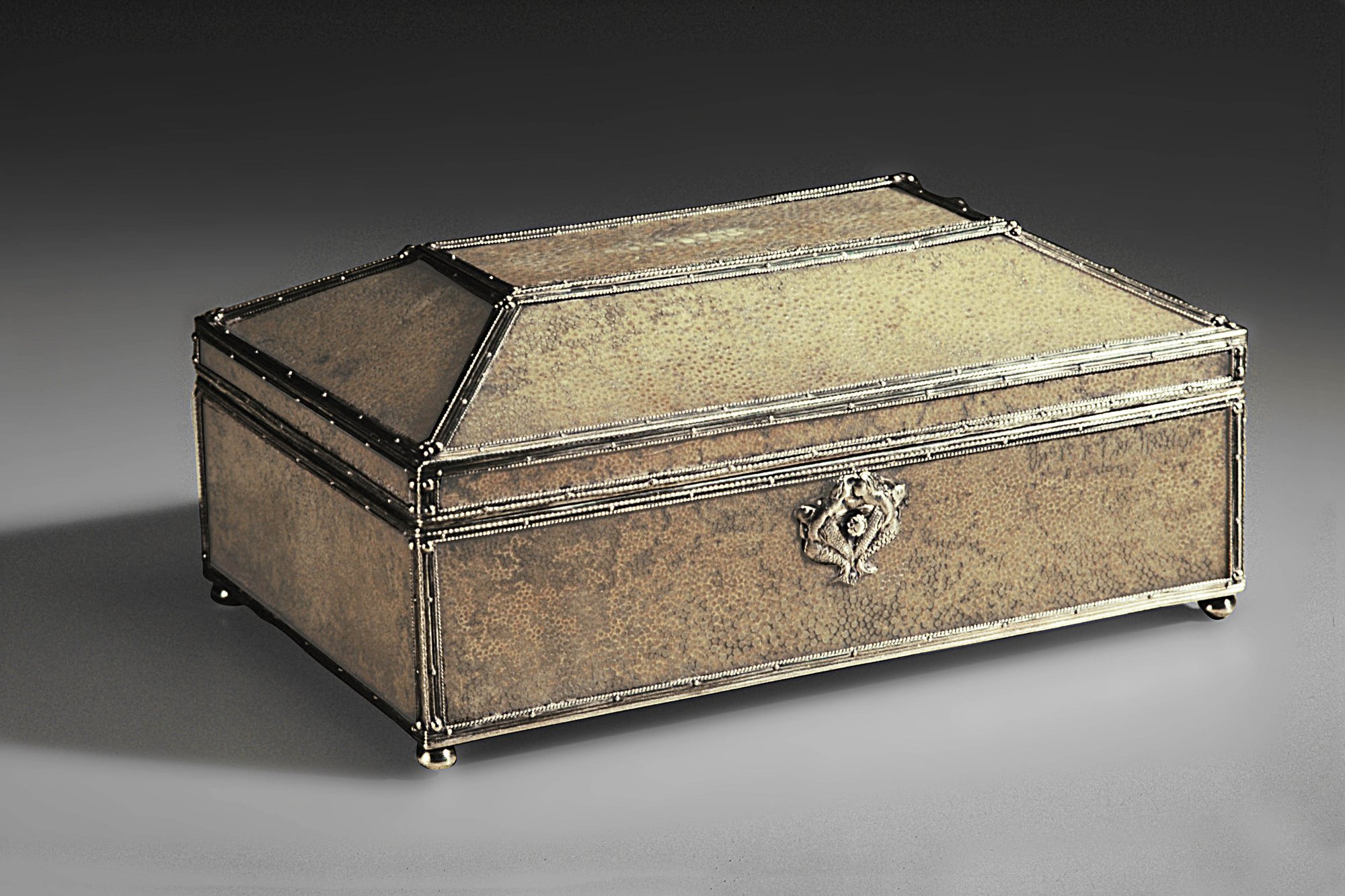