Opposing ‘C’form. The two sides of each arm of the piece were fabricated by making a curved steel tool and hammering the two halves of silver sheet over it, an inner and outer piece. Maker’s mark: Grant Macdonald. Measurements: Height 36 cm. Width 48 cm.

Commissioned to mark the year of office of Mr Grant Macdonald as Prime Warden 2008-2009. A challenging design to make in silver in that it involved hammering sheets of silver into opposite curves at the same time.

The design symbolised the Company’s agreement to start the building of Goldsmiths’ Centre as Grant Macdonald was Prime Warden at the time of this momentous decision.

The relevance to this historic moment is in the measurements of the candelabra; they are seventeen and a half inches wide overall to represent the seventeen and a half million pounds spent on the project, and they are five inches wide across the base to represent the five floors of the new building at the Centre. The candelabra are now used and lit on the table at Livery Dinners at Goldsmiths’ Hall. 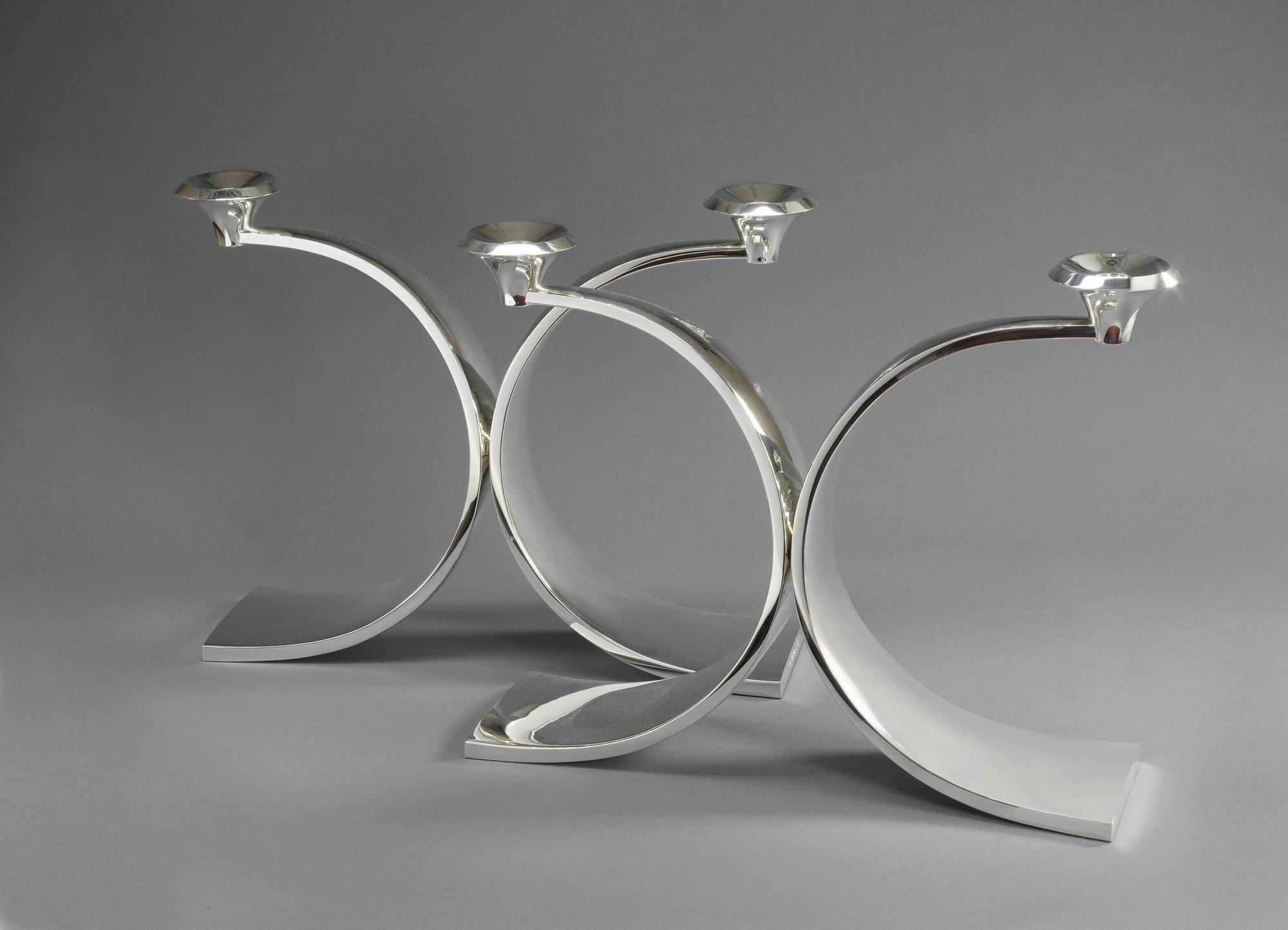