These wine coolers are in the style of an antique marble Roman Campana vase. The decorative scheme was designed by William Theed for Rundell, Bridge & Rundell, the Royal Goldsmiths, who employed the leading designers of the day and the silversmiths Paul Storr and Benjamin Smith to realise the deisgns. The top part is decorated with Bacchanalian groups and classical figures in low relief and the lower part is chased with acanthus leaves, vine tendrils and bunches of grapes. The two handles spring from bearded heads while under the moulded egg and dart rim runs an applied intertwining vine and grape border. The detachable edge has a border of ivy-leaves and the lining is plain. The bowl rests on a spreading concave foot ornamented with flutes. Originally in the possession of the third Earl of Hardwicke and acquired by the Company in 1902. 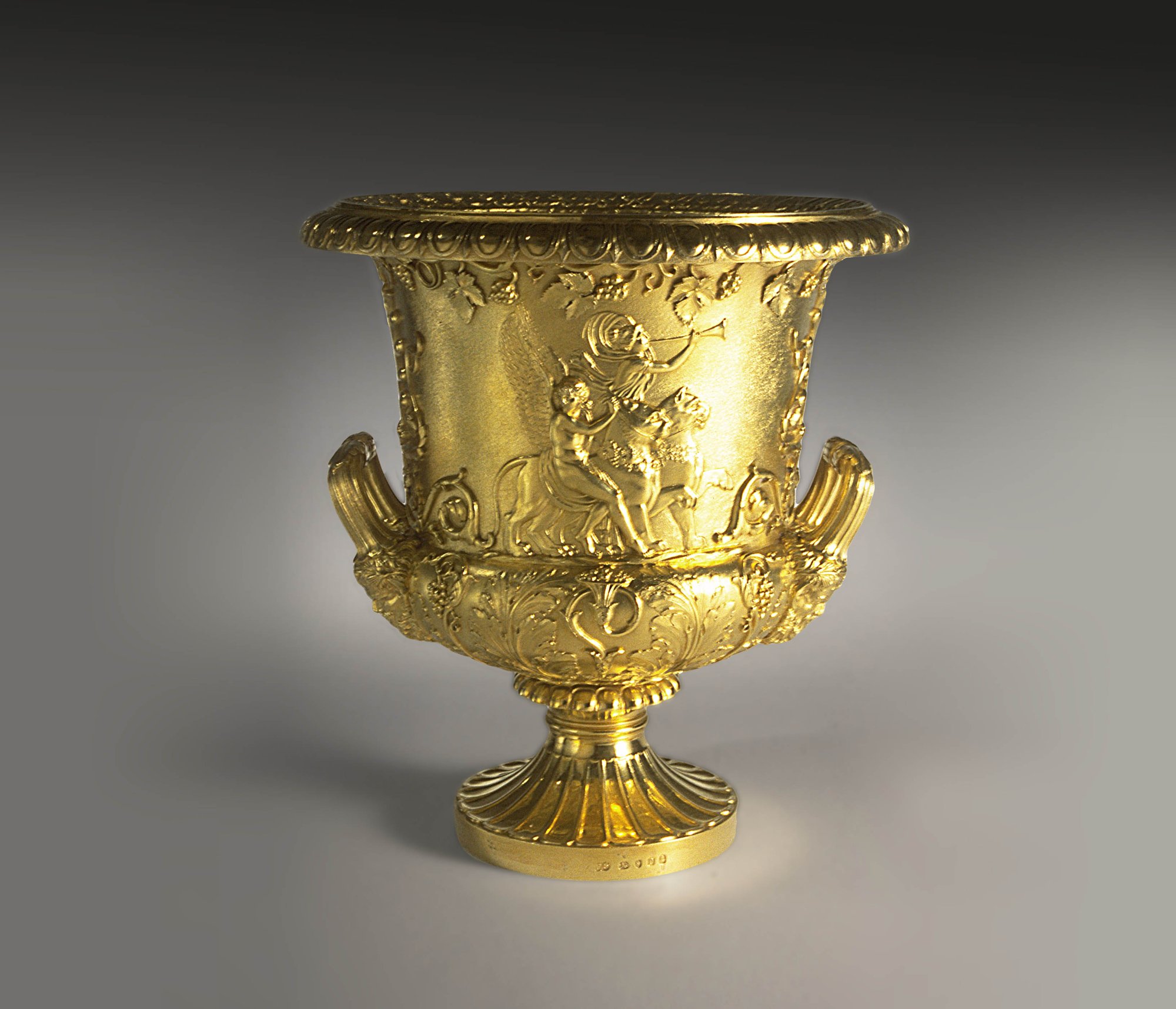