Gift of Richard Rogers, 1632. The cylinder with a contemporary parchment roll displays in colour the arms of the Goldsmith’s Company, an escutcheon inscribed ‘Ric Rogers Comptroller of the Mint.’ 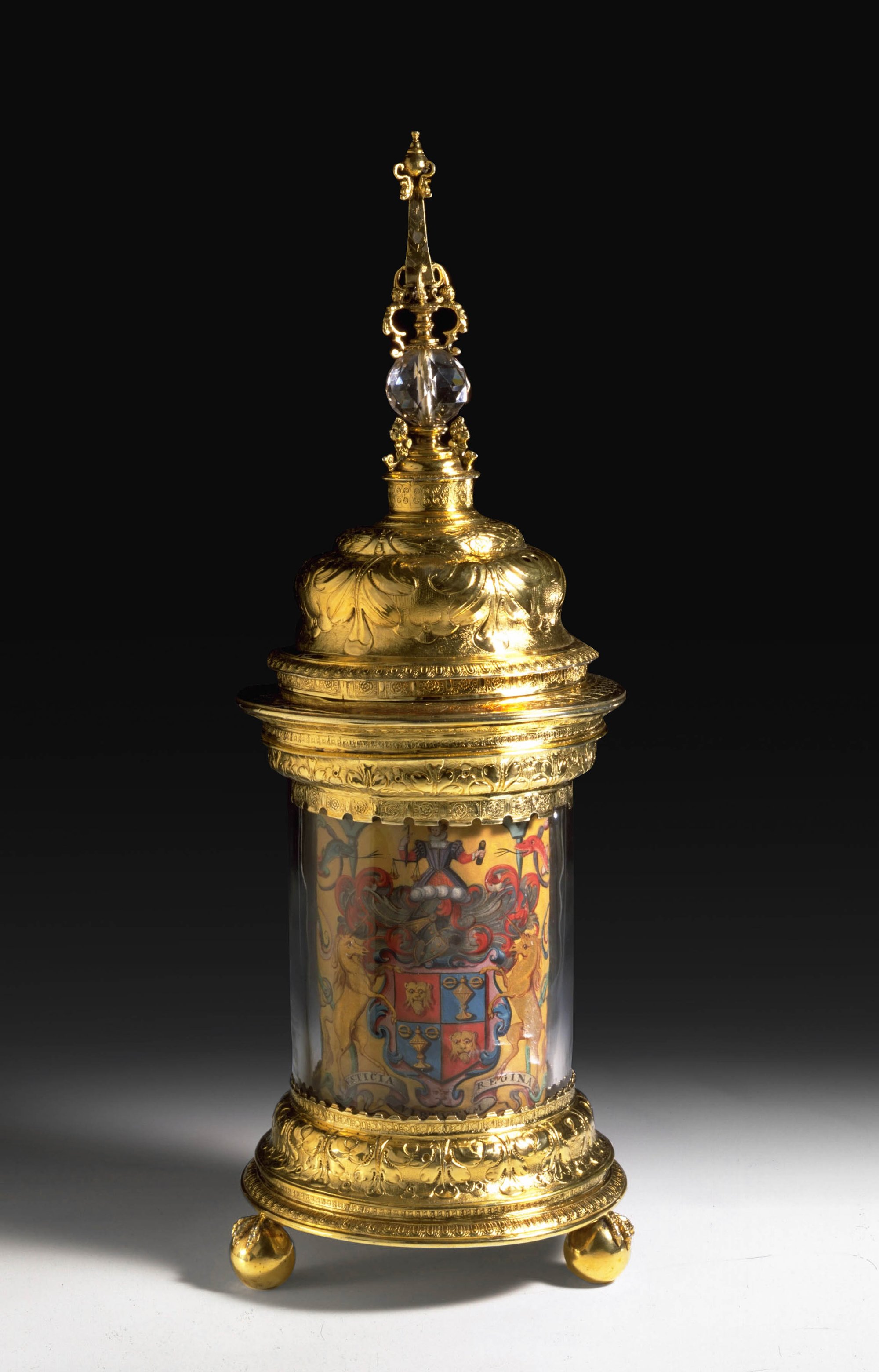 Inscription engraved on the rim “The guift of Richard Rogers (Comptroller of his ma mynt) to y Wardens and comonalltie of y Mistery of Goldsmiths of y cittie of Lo. Desiring the same may bee used at their solemne meetinges and to bee rememred as a good benefactor. Anno D (NI) 1632.”

Richard Rogers who presented this cup to the Company in 1632 was an influential member of the Court at the beginning of the seventeenth century. The donor, who was Comptroller of the Mint, was probably a descendent of Richard Roger who in 1566 was dismissed by the Company from his position of Assay Master on the ground that he was also employed at the Mint.

Three pairs of holes in the cover suggest that applied ornaments have been removed and the salt adapted from a clock salt.