Edward Spencer, Director of the Artificers’ Guild, was a visionary within the Arts & Crafts Movement. A noted draughtsman, he took the competition brief of modern work to be comparable with that of fine early silver to a logical adaption of the fine Gothic 15th Century Foundress Cup at Christ’s College Cambridge, bequeathed by Lady Margaret Beaufort, mother of Henry VII. Spencer’s version is an impression, differing in decorative detail, showing a ‘Morris influence’ in the frieze of lilies and leaves and oak tree finial. The thick truncated stem is not an improvement of the original. Commissioned by the Company. 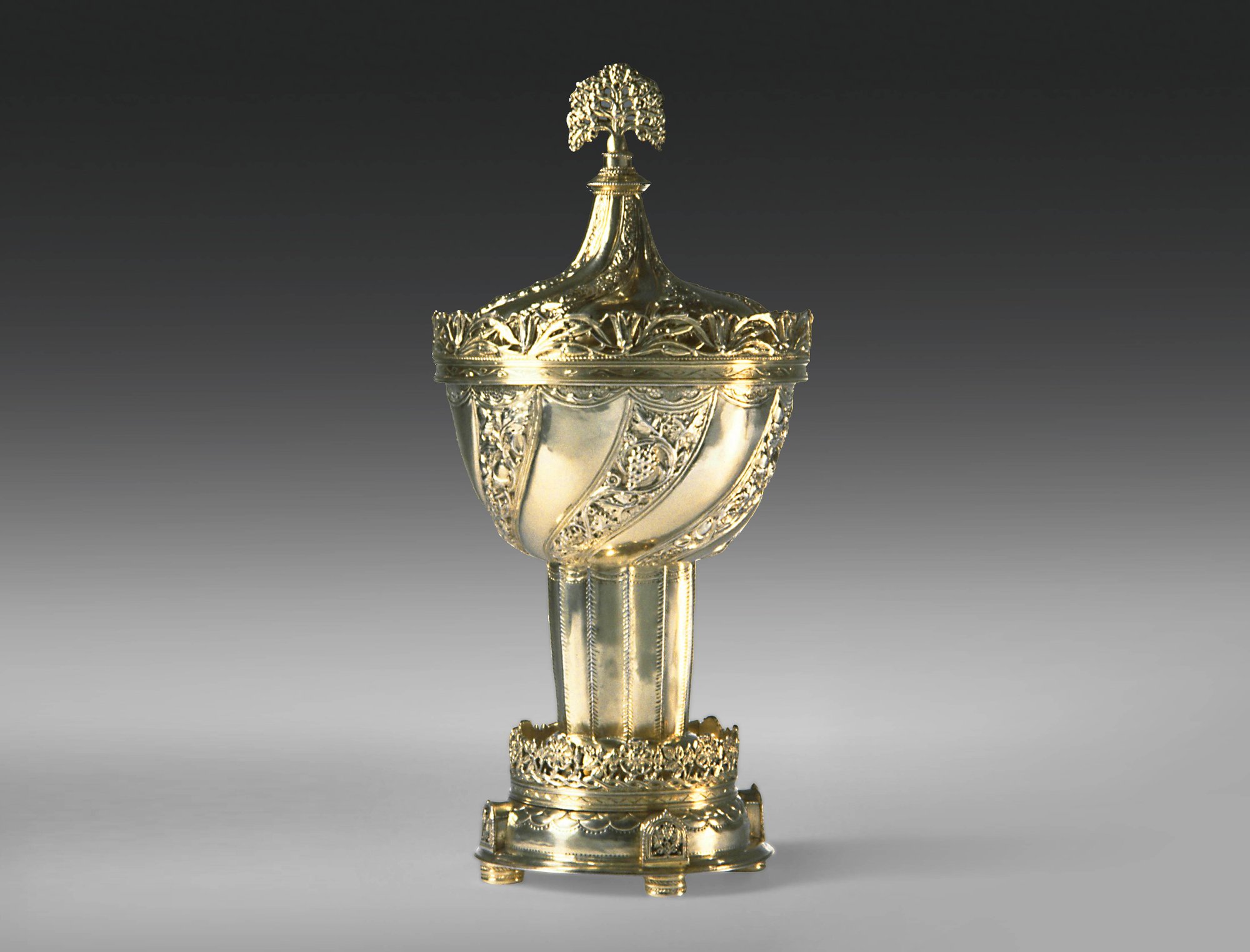