The cup is known as Queen Elizabeth’s Coronation Cup. The lid finial has a female figure holding an enamelled shield with the coat of arms of Sir Martin Bowes. Traditionally, the Lord Mayor attended the Coronation banquet, acting as the monarch’s chief butler. As a fee he received the cup from which the Sovereign drank. Sir Martin Bowes, Prime Warden in 1558, received this cup. Presented to the Company in 1561 as a ‘remembrance’, it remains one of the principle treasures of the Company’s antique silver collection. The cup’s style recalls Nuremburg goldsmiths’ work of the period. The stem is directly taken from an engraving published shortly before by Balthasar Sylvius.

Exhibited in: “Historic Plate of the City of London”, Goldsmiths’ Hall, 1951. 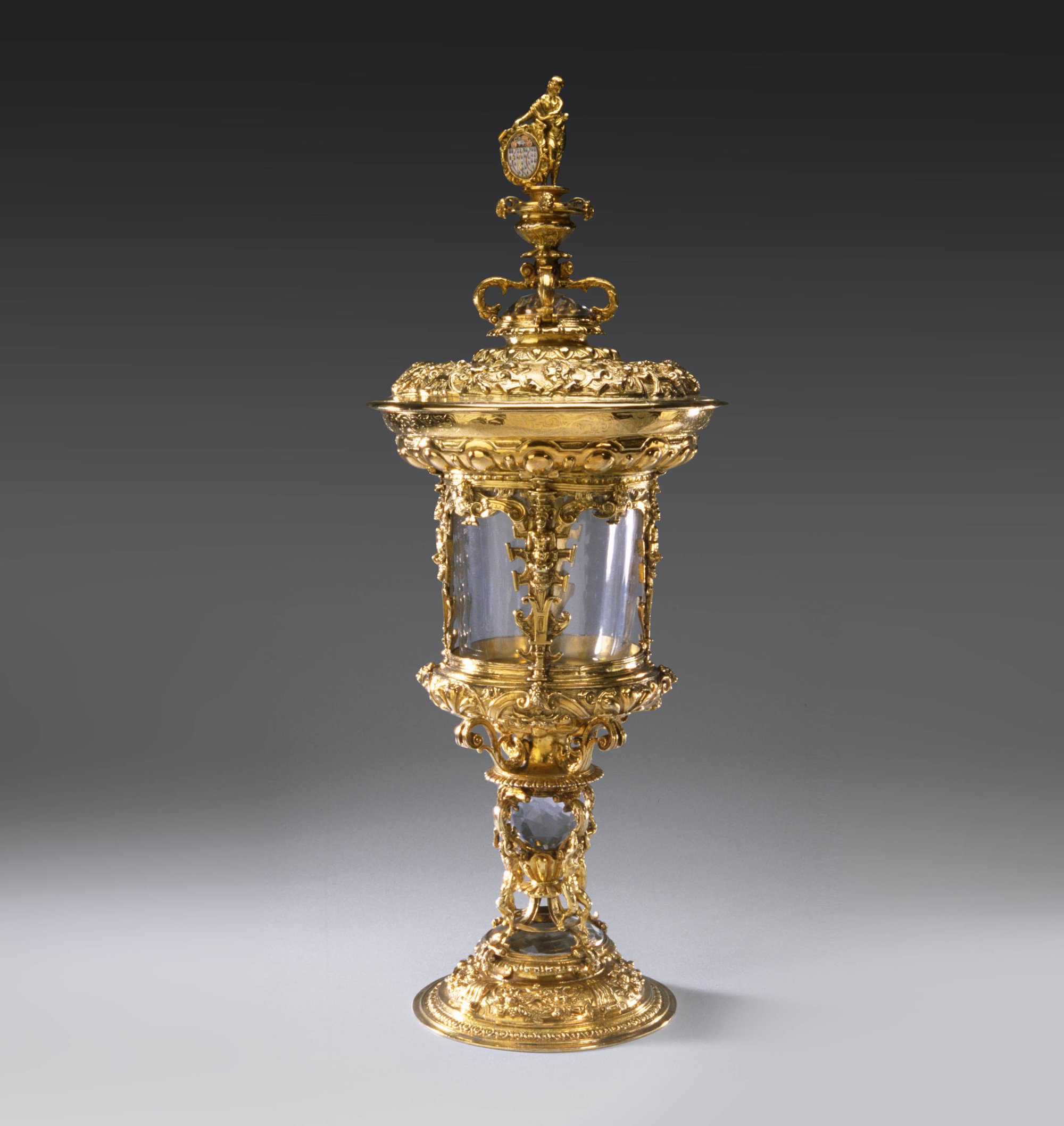