We are delighted to have been able to acquire Wendy Ramshaw's ‘Three Cone Necklace’, crafted from 18 carat gold and white Wedgwood jasperware. Ramshaw’s iconic necklace is the result of a collaboration in the early 1980s  between the artist and Josiah Wedgwood & Co. of Barlaston, Stoke-on-Trent. She suggested to Wedgwood that they might collaborate in making jewellery using the black basalt and white jasper stonewares for which they have been famous since the 18th century. The result was what became known as the Ramshaw with Wedgwood Collection. Ramshaw hand-turned ceramic elements made in the Wedgwood workshop on a lathe, very like those originally used at the Wedgwood factory. She did this in her London workshop, producing clean  geometric forms, noting:

"I frequently refer to my use of the lathe as [being] not unlike the potter’s use of the wheel. The way in which thinking and feeling suggest a series of shapes seems to be similar."

The lathe is a liberating tool enabling me to work with greater speed and accuracy and allowing me to spend more time developing ideas.’ Ramshaw’s ceramics were then looped or strung into necklaces interspersed with 18 carat gold elements, which make the perfect foil to white jasperware or black basalt ware. The `Three Cone Necklace' is the perfect demonstration of Ramshaw's interest in abstract form and surface textures in her work—and perhaps hints at the strong influence that ancient Egyptian art had on her as a child in Sunderland. The necklace is fastened with a drum-shaped silver clasp marked with the artist's initials, WR. 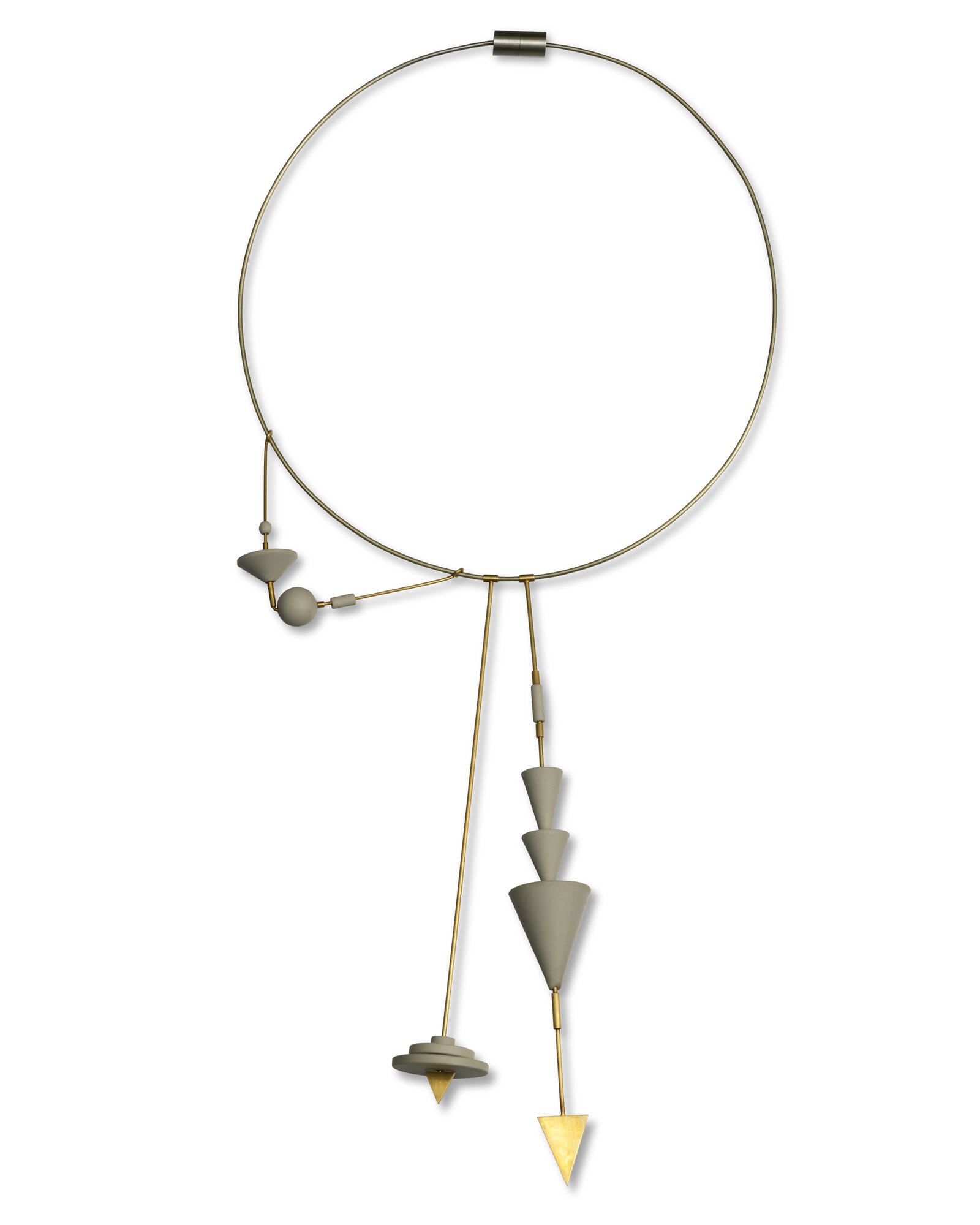 The necklace was acquired from the Scottish Gallery following new research into our own collection, in collaboration with Amanda Game and with Charlotte Dew at the Goldsmiths' Centre, which showed how the Company had supported Ramshaw from her earliest days in acquiring important examples of her work. The aim was to create a carefully-considered retrospective display of  our pieces, to accompany a memorial event in association with Ramshaw’s family, friends and former students at Goldsmiths’ Hall in November 2019.

That display was very much a collaborative effort with David Watkins and others in the months after Ramshaw's death, drawing together images of the artist at work which were shown alongside our pieces. I would very much like to thank Greg Parsons, as Interim Deputy Curator on my team, and  our Exhibition Designer, Manuela Holfert,  for their work on the display in the front entrance of Goldsmiths' Hall as the Company's  tribute to the artist, her work and influence.

What makes this necklace particularly significant is that it belonged to Ramshaw herself. 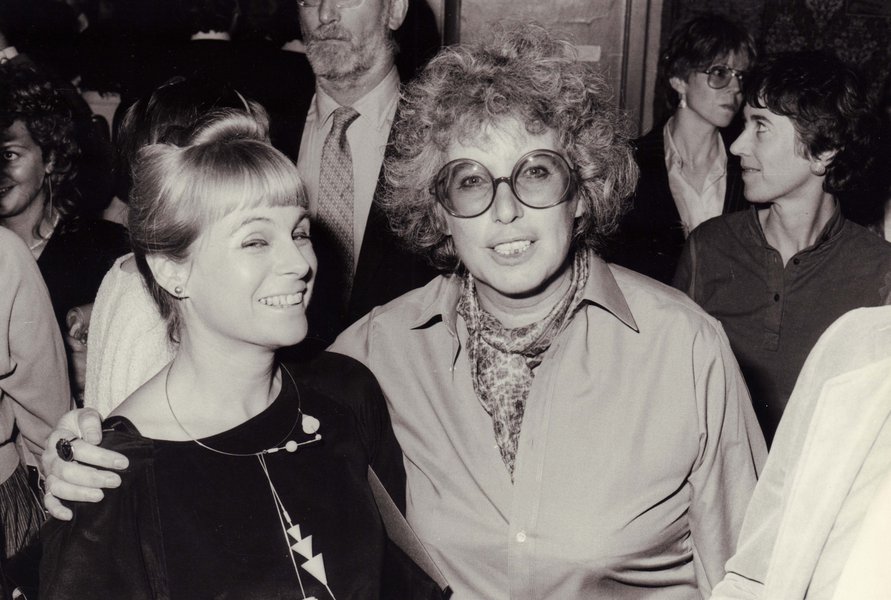 The artist, who died in 2018, wore it to the opening of the 1982 exhibition of the Wedgwood collection at the Victoria and Albert Museum, as recorded in a contemporary photograph, and treasured it all her life. It has been fun to work with Christina Jansen at the Scottish Gallery in acquiring this marvellous piece, which will go on display at Goldsmiths' Hall when we re-open in the context of our commemorative display of the artist's work.

And it is a timely acquisition, given that recognition of Ramshaw's work, influence and legacy is clearly increasing.  As evidence of that, we greatly look forward to the Scottish Gallery's online tribute to Ramshaw in May: details, with an online gallery of pieces and the first in a fascinating series of blogs about her life and work, are available here.