Interim Deputy Curator, Dr Irene Cooper, tells us the story behind the piece that sparked the idea for the latest Company display celebrating silver with royal connections

Abounding with vine leaves and animals, this spectacular silver layette basket was made in The Hague in 1644-1645 (as can be deduced from its hallmarks). The layette is embellished with the coat of arms of Mary Stuart and William II of Orange in the centre. It is the oldest and finest layette in existence and will feature, once the Hall reopens, in a display titled ‘For Remembrance Ever After’, which explores the themes of silver and memory by looking anew at silver with royal associations from 1645 to the present. 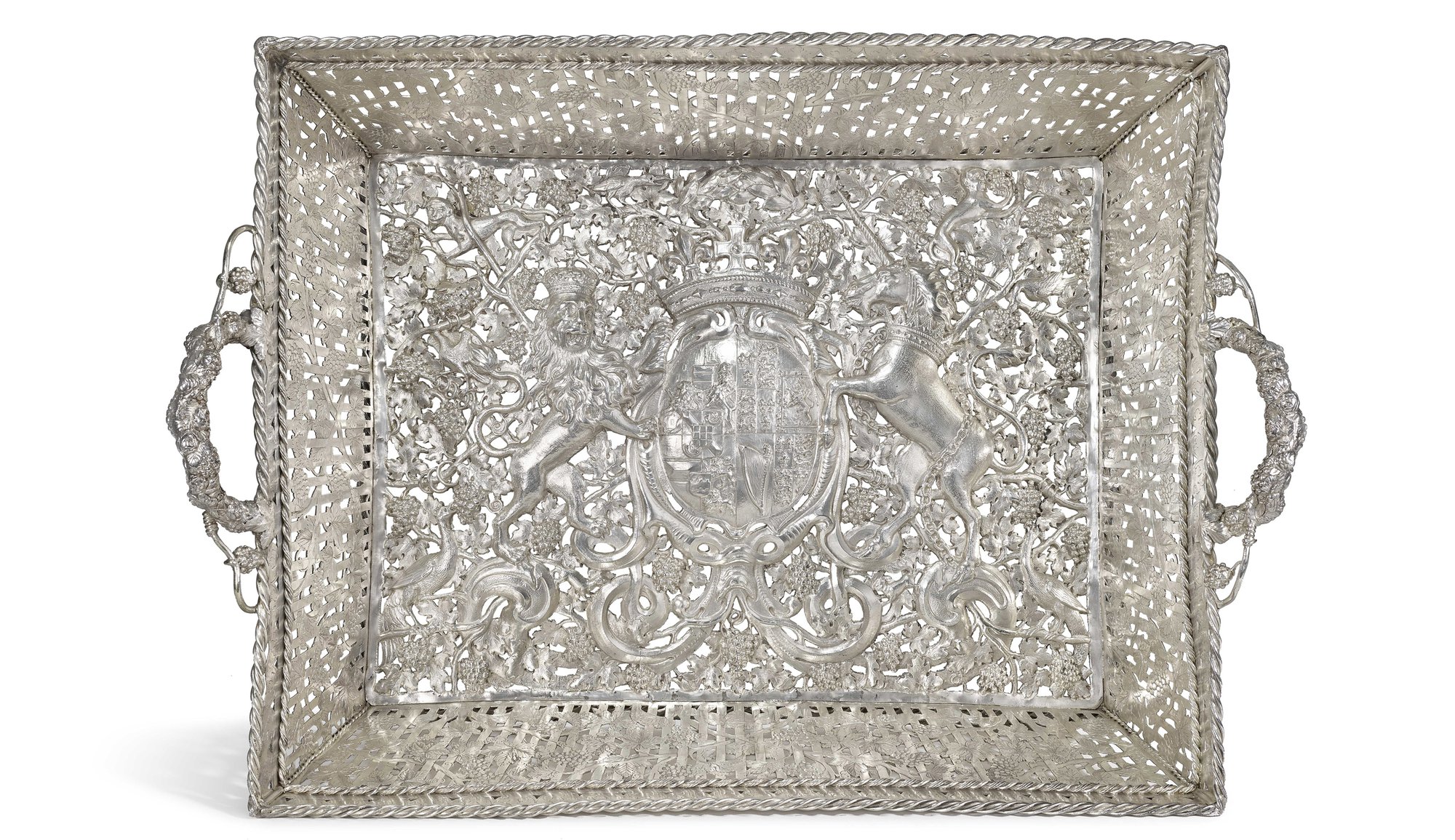 This silver layette basket on loan from the Inner Temple was made as a royal commission to commemorate the marriage of Mary Stuart, King Charles I’s eldest daughter (1631-1660) and William II of Orange (1626-1650).1 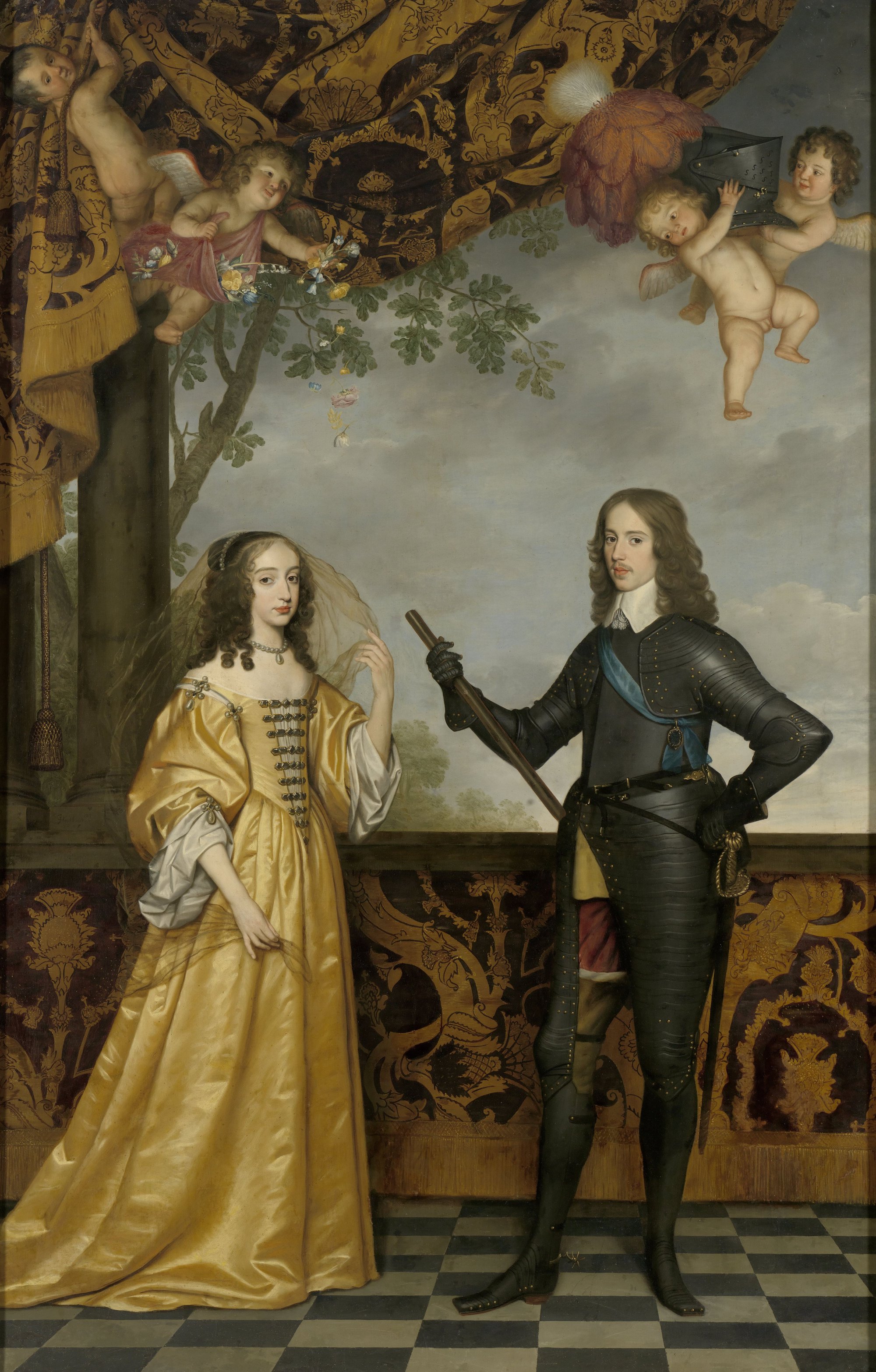 Layette baskets traditionally held baby linen for ceremonial display at the birth of a child. However, this exceptional example was presented to the royal couple to encourage them to procreate and is filled with decoration that celebrates fertility. The sides and base have been skilfully pierced to simulate basketwork, finely engraved with entwining vines, emblems of fruitfulness. The celebrated couple’s coat of arms is surrounded by grapevines, birds, and animals. Many of these, such as the swan, the squirrel, the peacock and the crowned crane were well-recognised symbols of beauty, conjugal fidelity, marriage and childbirth in the seventeenth century. Giving a layette basket to the royal couple was a clear prompt to reproduce and thus continue the royal lineage: Mary’s first child was born in 1650, five years after she received the layette.

There are other such surviving silver baskets, though none are as splendid as this example. The extant silver layettes have all hallmarks indicating that they were made at a later point during the second half of the seventeenth century and are all smaller in size.

During the seventeenth century, layette baskets were also produced in materials other than silver.  In England, beadwork layette baskets seem to have been particularly popular. Examples of other beadwork, which have been attributed to identified makers, suggest that these layette baskets were usually made by teenage girls from affluent families as part of their own dowry. A treasured possession, they were in all likelihood passed down the female line of the family for several generations as a cherished heirloom. 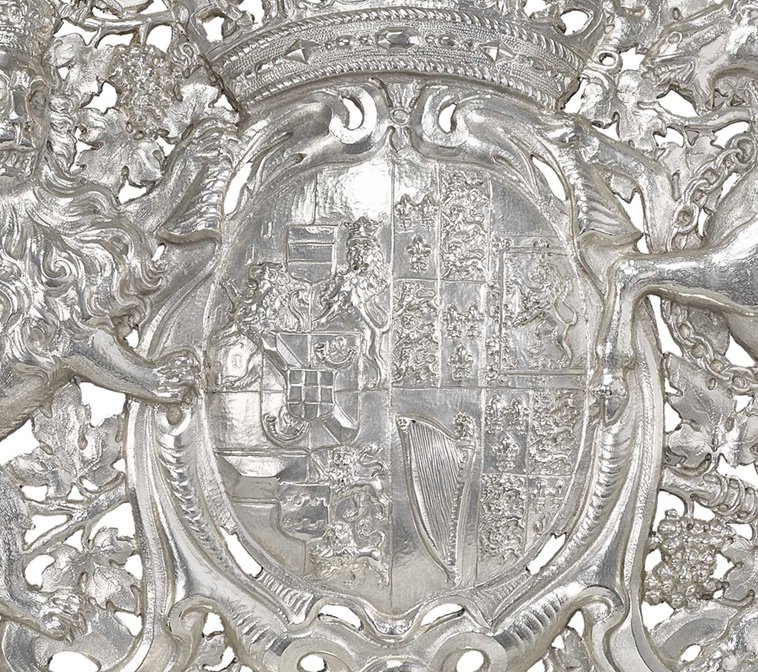 Overall, layette baskets, made in silver or other materials, strike us for their outstanding beauty and preciousness, particularly when associated with a royal couple. But in the seventeenth century wealthy members of society also decorated their homes with expensive furniture, objects and textiles, so it is not surprising that they also commissioned such precious objects for their nurseries.

The basket’s dimensions, however, have made us question how it was stored. One possibility is that it was kept in cupboards known as ‘layette cupboards’, like this seventeenth-century Dutch example in the Rijksmuseum, also decorated with carved grapes and vines.

Another clue about its location within the nursery of a wealthy home comes from a marvellous object produced in the Hague during the 1640s: a dolls’ house containing 200 seventeenth-century silver miniatures2.  It was commissioned by the wife of a wealthy Dutch merchant, Sara Rothé, at the end of the seventeenth century, although all the silver miniatures bear hallmarks for earlier times and were all made by contemporary Dutch silversmiths. 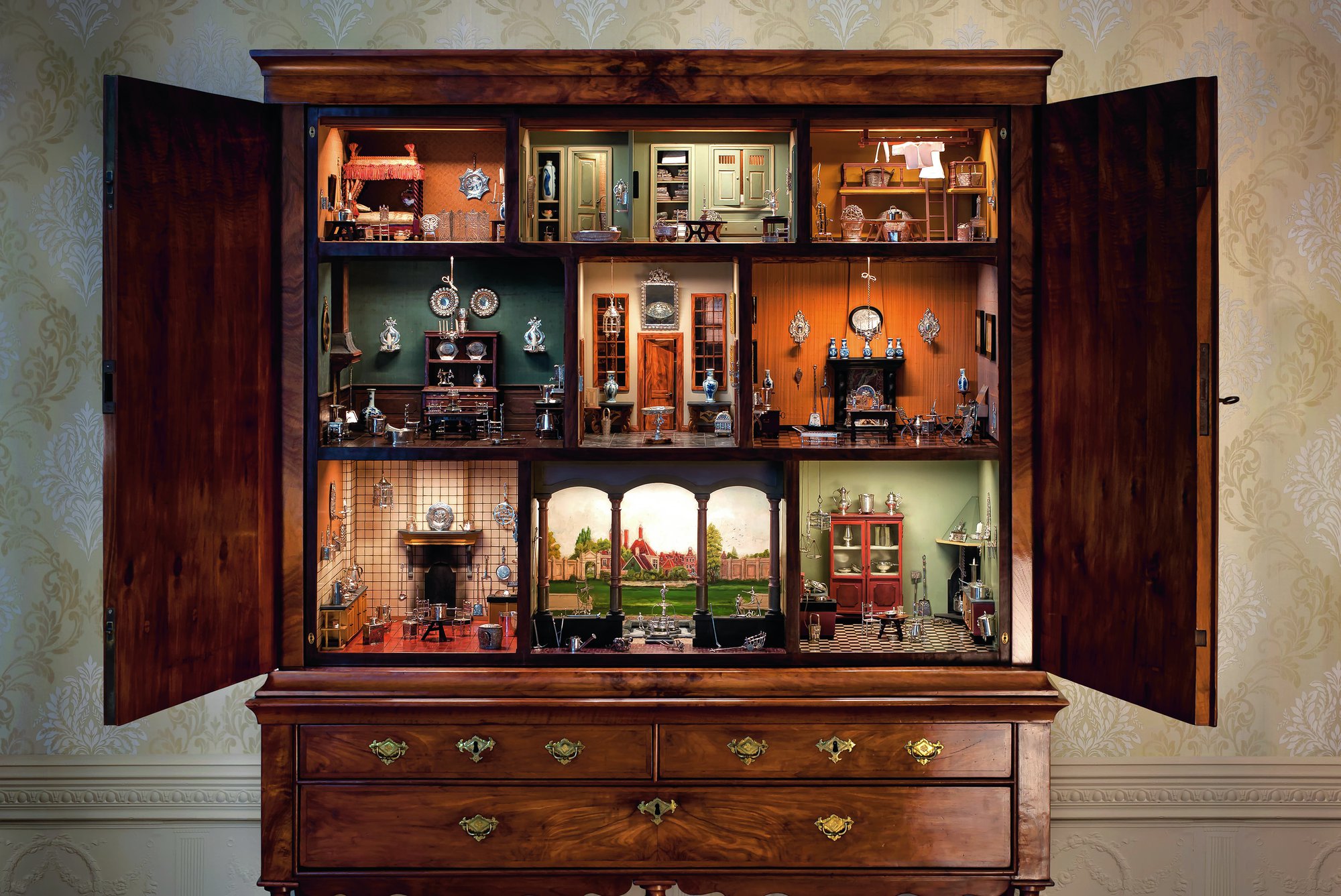 Each room contains many beautiful silver objects, but it is the nursery that interests us, as it shows a wealth of silver objects connected with childbirth and child rearing. There are ewers and basins, candles, small chairs and cradles. Two layette baskets are also on display in the dollhouse nursery. One is simply-made and fits in a linen cupboard for daily and frequent use. The second, a beautifully-crafted silver layette, is instead proudly displayed on one of the walls, assuming a more commemorative role. 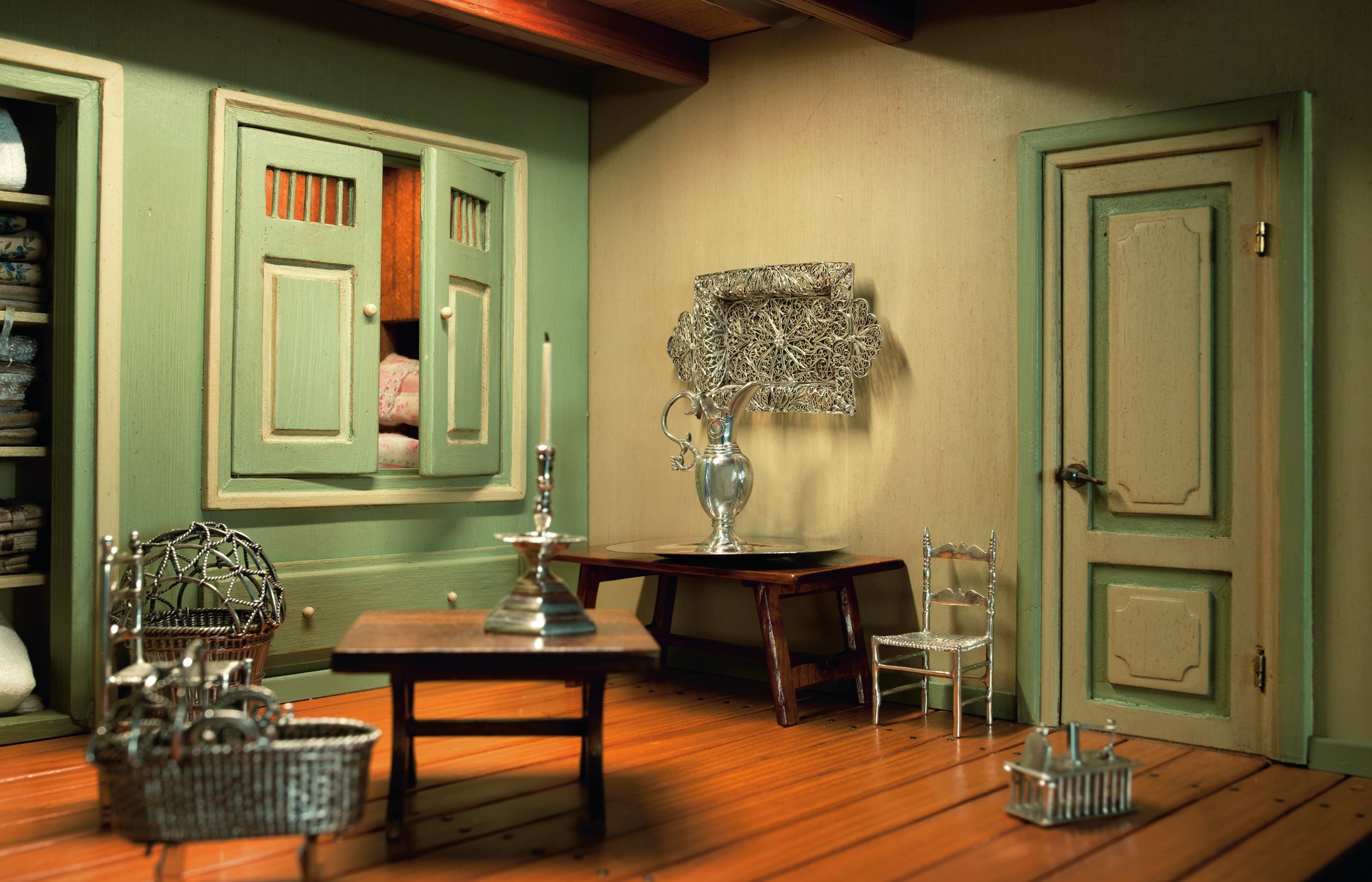 Made for a royal couple in wishful anticipation of children, the silver layette basket on display in Goldsmiths’ Hall is an historically fascinating object with royal and female associations. It tells the story of the craftsperson who made it; of the couple who commissioned or received it and of the woman who would bear a child. It was possibly treasured within the nursery where the royal mother would have gone to visit her newborn, assisted by numerous female attendants.

Our sincere gratitude to:
The Inner Temple, London
John Endlich Antiquaries, The Hague

back to stories
Back to top