At the Goldsmiths’ Fair 2018 the Goldsmiths’ Company acquired a gold and diamond set necklace, Overlap, by Mikala Djørup. This is the first piece for the newly-established jewellery collection called City Collection, formed to enhance the Company’s Jewellery.

Each year, at Goldsmiths’ Fair, a new piece of jewellery will be acquired by the Company to be worn by the partner of the incoming Lord Mayor during their year of office at city functions. For the incoming year 2018-2019 the Lady Mayoress, Mrs Linda Estlin, in consultation with the Curator of the Goldsmiths’ Company, Dr Dora Thornton, had chosen a gold and diamond set necklace.

Overlap is formed of textured, matt gold elements, some of which are discreetly-set with tiny diamonds, which curve to fit the neck. The necklace has been crafted in such a way that the piece is soft enough to move with the body. The slight curve of the layers lifts it slightly from the neck which creates a softer impression than if they were straight. Each layer is made from a round gold rod milled down and then hammered to give unevenness and character to each element. When Mikala was asked why she chose ‘Overlap’ as the name of the piece, she explained: 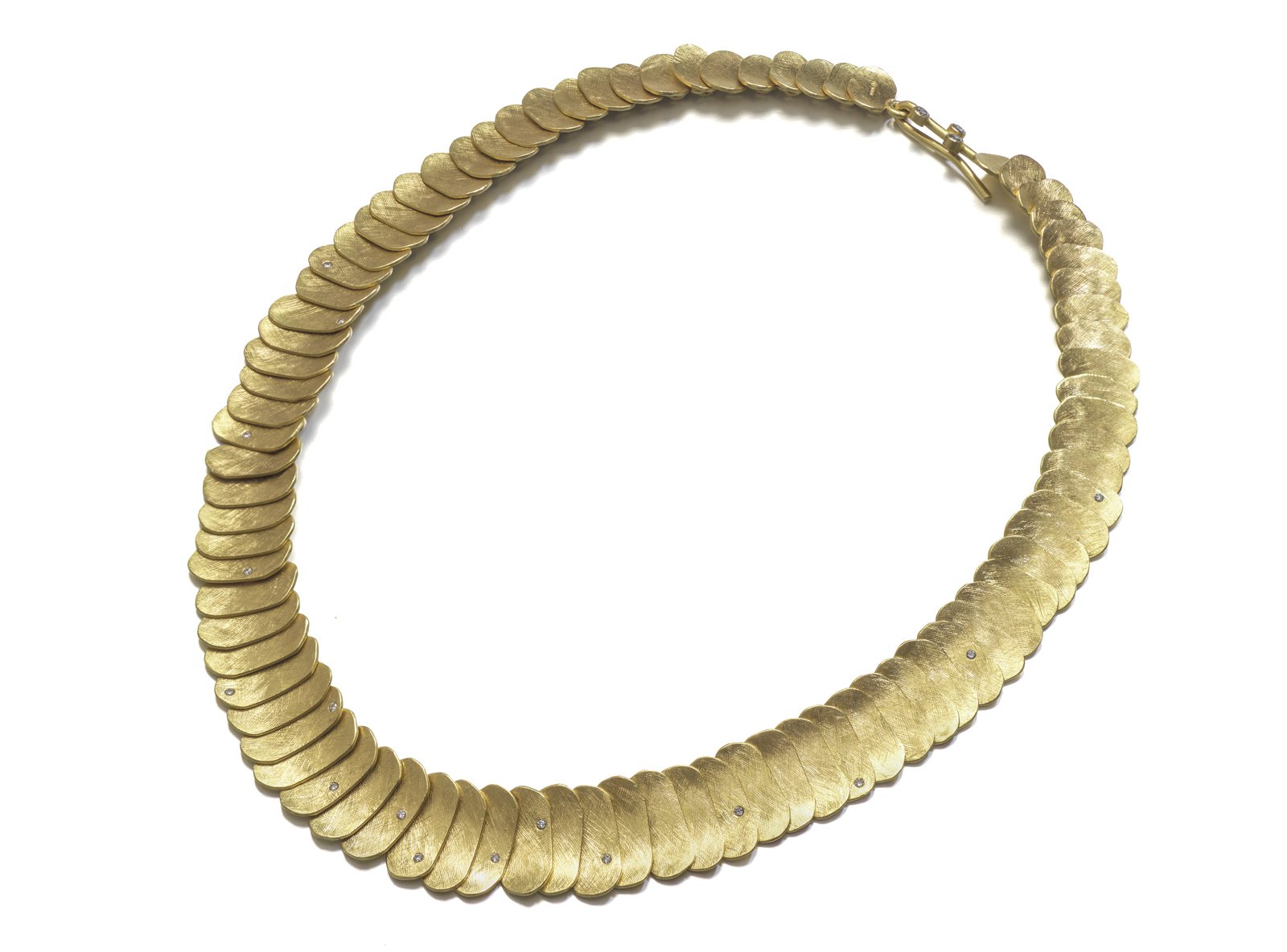 “I call it the Overlap necklace. Not very imaginative, but simply descriptive. It is made from 18 ct yellow gold, with small diamonds sprinkled mainly in the front. I did not want it to be a diamond necklace as such, but the tiny diamonds add an interesting contrast to the matt surface…As a child, I had a fascination with everything Egyptian and could be found hanging out at the museum with the mummies. Egyptian jewellery and especially necklaces are often made from many smaller elements to form a whole, and this was the inspiration for the Overlap necklace.” 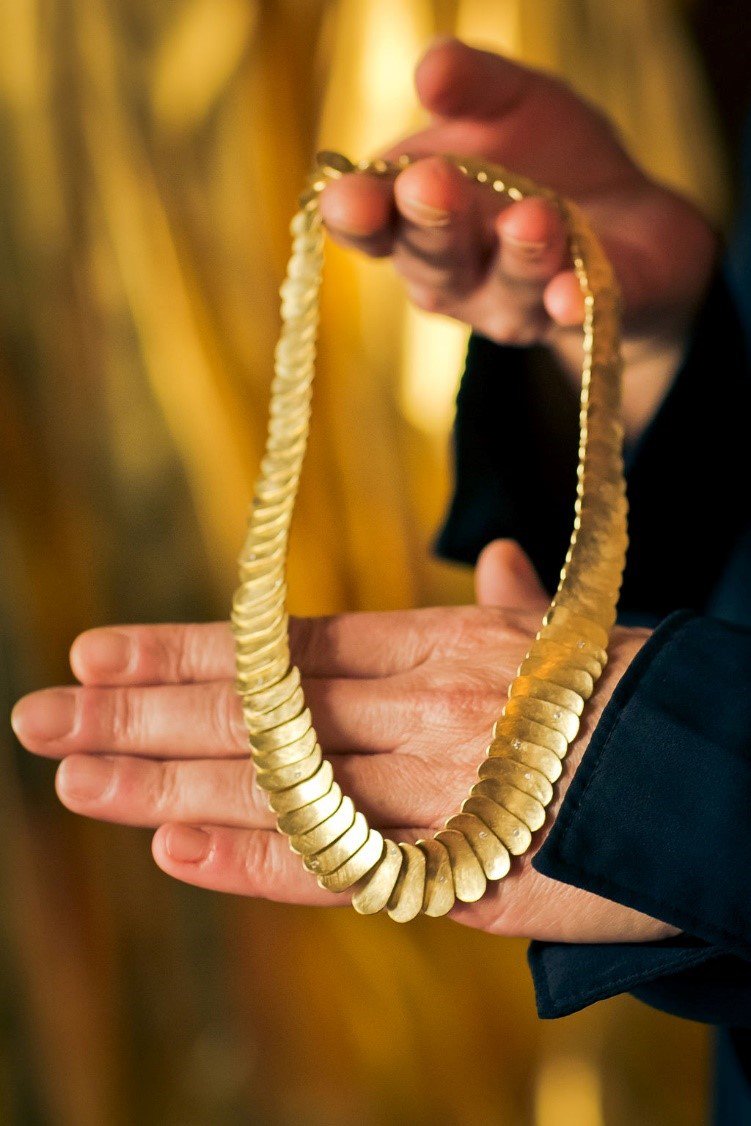 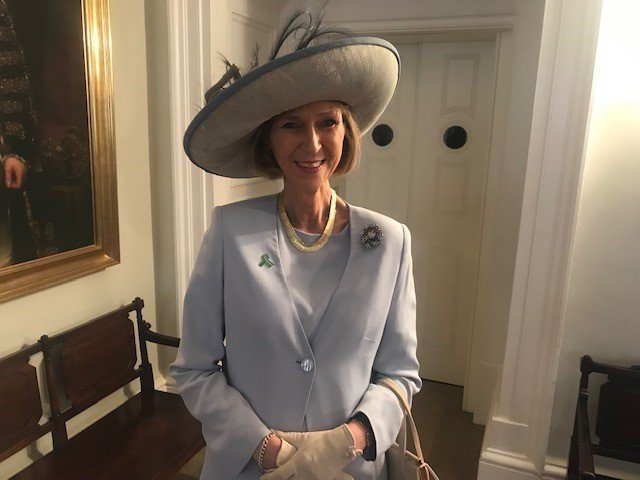 The necklace was just one of the many contemporary pieces acquired by the Company in 2018, as featured within the Curator’s publication on Contemporary silver and jewellery acquired for the Goldsmiths’ Company Collection through the Contemporary Craft Committtee in 2018.

The Lady Mayoress of London recently hosted an event with many high-profile international diplomats in attendance, as well attending a Garden Party at Buckingham Palace, where she was seen wearing the necklace. When the Lady Mayoress was asked why she chose Mikala’s Overlap gold necklace over the many others she saw at the Goldsmiths’ Fair in 2018, she said:
“I love this piece as it’s elegant and understated and I enjoy wearing it, as it’s appropriate to wear for both day events and evening functions.”

The gold Overlap necklace by Mikala is the Lady Mayoress’ favourite piece, as it works well with the majority of her outfits. She has confirmed that she wears the necklace almost daily.