By Fiona Thompson, for the 2022 Goldsmiths' Company Charity Report

“People think that women’s prisons are full of Rose Wests and Myra Hindleys,” says Joy Doal, CEO of Anawim, a Women’s Centre based in Birmingham. “But when I walk around the prisons where we work, I think, ‘Wow, these women are just like me.’” In fact, in 2020, 72% of women who were sent to prison were sentenced for non-violent offences.

Women are more likely than men to commit a crime in order to solve a practical problem such as drug addiction, unemployment, a lack of accommodation or debt. “Many women also end up in prison due to pressure from a man in their life,” adds Joy. This might lead to the woman being coerced into prostitution or dealing drugs. Or take the case of economist Vicky Pryce, who served two months in Holloway prison for accepting speeding points on behalf of her husband, then a cabinet minister.

For a shockingly high number of women, prison compounds the trauma they have already experienced on the outside. Over half of women in prison have suffered emotional, physical or sexual abuse in childhood, and almost two-thirds are survivors of domestic abuse. Seven out of ten women in prison have poor mental health. “So many women end up on a trajectory towards prison because of the trauma they’ve experienced in their lives,” says Joy. “Then the prison system takes this traumatised woman and locks her in a small cell on her own for hours on end. It’s no wonder if she self-harms and her mental health deteriorates.” 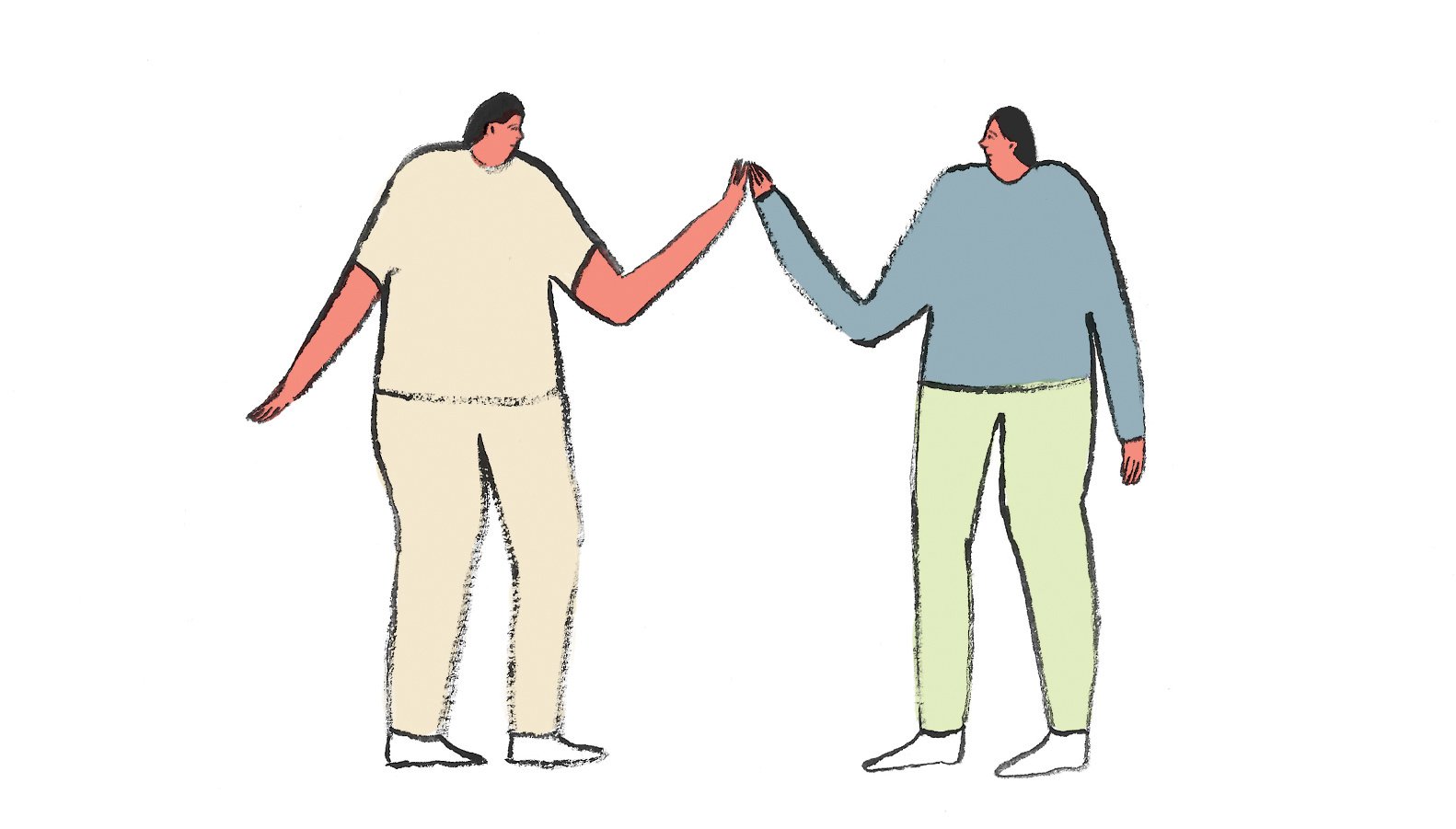 Anawim offers life-changing support for women caught up in the criminal justice system. Set up in 1986, the charity provides counselling, training, advice, family support, outreach work and employment in prisons to help women break the cycle of re-offending and move towards a better future. “We currently support around 700 women a year who are either in prison or at risk of receiving a custodial sentence,” says Joy. “We want to keep women out of prison wherever possible and help them deal with their issues in the community.” To achieve this goal, Anawim provides support for women at every stage of the criminal justice cycle. It offers early interventions for women who have committed lowlevel offences, as well as in-prison services, ‘through the gate’ resettlement, accommodation for women leaving prison and post-release support.

In March 2021, the Goldsmiths’ Company Charity awarded £20,000 a year for three years to help fund Anawim’s prison in-reach work and associated core costs. “There’s a massive need that outstrips resources and we have to scrabble around to put together a jigsaw of different grants,” says Joy. “What’s wonderful is that we can put this grant towards core costs. It’s helped us respond more flexibly, particularly during Covid.” The prison in-reach team consists of eight workers and a Prison and Resettlement Service Manager, who: – Meet and build relationships with women in HMPs Drake Hall and Foston Hall while they serve their sentences. – Identify potential residents for Dawn House, the charity’s specially designed building that offers accommodation for women who have recently left prison. – Support women ‘through the gate’ on release and as they settle back into the wider community.

The success of Anawim’s prison in-reach work depends on gaining the trust of women who may have come from difficult backgrounds, suffered complex trauma and developed a deep mistrust of authority. “We take a non-judgemental approach that acknowledges how past trauma has affected women’s current situation,” says Susie Cox, an Anawim Centre Link Worker at HMP Drake Hall. “This really helps people to open up. It’s often the first time anyone has listened to their story.” Susie gives the example of a woman who has been in and out of prison several times. “She’s gained the confidence to talk about the domestic abuse in her past. Before, she always looked forward to having a drink on release. Now, she’s acknowledged she needs to change and has asked me to accompany her on the day she leaves prison. It’s a huge sign of progress.”

“The support we offer to women after release is crucial,” says Andrea Sterling, Anawim’s Prison and Resettlement Worker. “There are such high rates of recidivism – about 58% of women end up back in prison in the first few weeks. “Many women are overwhelmed when they come back into the community. They often have no friends or family nearby and they really need the support that Anawim provides. We get to know women on a personal level and make sure their needs are met, whether it’s helping them manage their money, deal with bills or find somewhere to live.” Despite the considerable barriers that female ex prisoners face, Joy finds these women inspiring. “I’m bowled away by their resilience and strength in the face of adversity. They’re still smiling. I think they’re amazing.”