The Goldsmiths’ Company is delighted to announce that Mark Bridges (Lord Bridges) has taken office as Prime Warden, in succession to Dame Lynne Brindley. Former Private Solicitor to the Queen, and Partner at the law firm Farrer & Co., Mark has an international reputation as an expert on the law. He  is the director of a number of international companies, and active in a range of charities.

Mark’s goal as Prime Warden is to ensure that the Company is on the best possible footing for the years to come as it approaches its 700th anniversary in 2027, and that it continues to be open and transparent about its purpose – to contribute to national life – building on the legacy of almost 30 generations of Goldsmiths’ Company members and evolving to reflect the new opportunities, challenges, and requirements of the modern world. 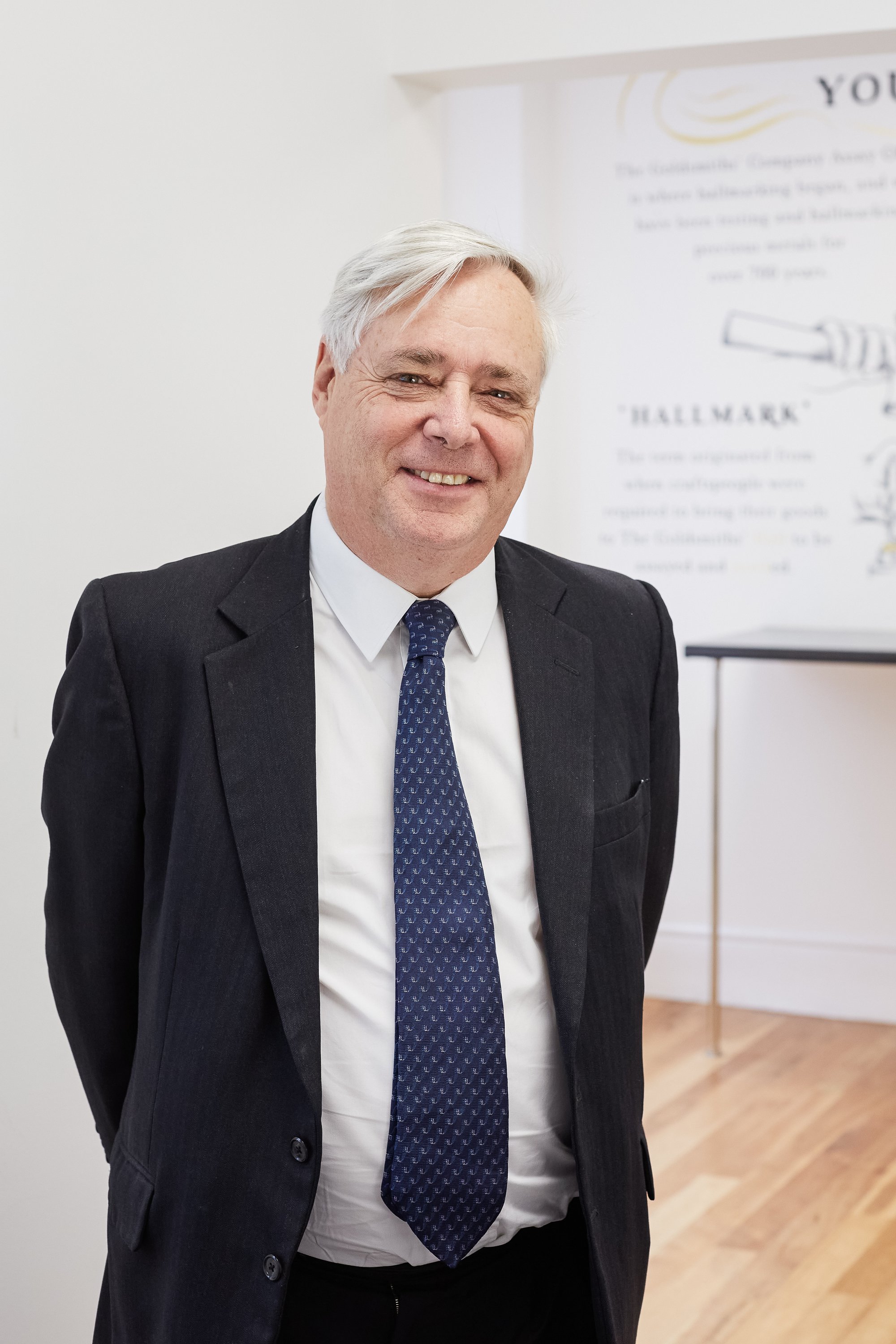 The Lord Bridges, new Prime Warden of the Goldsmiths' Company

Mark has practised as a Solicitor since 1980, and was a Partner of Farrer & Co in London from 1985 until 2019, when he became Senior Counsel to the firm. He has developed expertise in a number of areas, including trusts, taxation, international regulation of financial services, and philanthropy. He  played a key role in introducing part time working to Farrer’s in 1990. As a result, the firm became a top choice for talented legal women, who are now 61% of the lawyers in the firm. “I’m really proud to have made a difference to this aspect of the firm’s diversity,” Mark says.
From 1998 – 2012 Mark was solicitor for the Duchy of Lancaster, and between 2002 and 2019 he was Private Solicitor to The Queen. In recognition of this service, Mark was appointed Commander of the Royal Victorian Order in 2012 and was knighted in 2019, when he retired from full time legal practice.

Mark became involved with the Goldsmiths’ Company in 1991, when he was made a Freeman; became a Liveryman in 2000; and joined the Court of Assistants (Board-equivalent) in 2006. Mark has held numerous roles in the Company, from serving on its Charity Committee to being one of the first Trustees of the Goldsmiths’ Centre, the UK’s leading charity for the training of goldsmiths, founded  by the Company in 2012.

Mark has a passion for music, both as a performer and listener, as well as being an adviser on constitutional and governance issues for charities connected with the world of music.
Throughout his life, Mark has devoted time and expertise to numerous schools and charities including the UCLH Charities, Music in Country Churches and, until recently, as Deputy Chairman of Leeds Castle. He recently founded, with his family, a new charity, Edmund’s Trust, in memory of his youngest child: its mission is to transform lives through music and education.

Commenting on his election as Prime Warden of the Goldsmiths’ Company and the year ahead, Mark says: “It is a huge honour to become Prime Warden of this magnificent Company, especially at such an important moment in its history. After the challenge of Covid, the support we can give to our trade and craft, not to mention our wider philanthropic endeavours, are even more important than ever. At the same time, we need to adapt and renew the way we do things to preserve and enhance the legacy of our predecessors.”