•    The Goldsmiths’ Company Charity, the longest standing supporter and sponsor of New Designers, has awarded prizes to students from Birmingham City University and Glasgow School of Art for both jewellery and silversmithing.
•    The competition was held remotely for the first time in its 35-year history, with students submitting their design ideas online.
•     ‘Community’ was the theme for this year’s competition, influenced by an unprecedented change in culture and society.
•    Prizes include: a week’s work experience in a professional jewellery workshop and a £500 bursary for living expenses; a place on the Goldsmiths’ Centre’s introduction to business course, Getting Started; a laser and punch hallmarking package from the Goldsmiths’ Company Assay Office and free access to the Goldsmiths’ Company library and its resources.

New Designers, a platform promoting new creative talent from graduates, has announced the 2020 recipients of the Goldsmiths’ Company awards for jewellery and silversmithing. The winners are jeweller Coco Liang from Birmingham City University and silversmith Yitong Zhang from the Glasgow School of Art.

This year, the competition was held digitally with students encouraged to submit design ideas online. Centred on the theme of ‘community’, competition submissions needed to be ‘highly creative, thought-provoking, and capable of triggering discussion and debate’.

Coco Liang’s ‘CONNECT brooch’ was named the winner of the Goldsmiths’ Company Jewellery Award. Coco commented: “The brooch was inspired from the philosophy of order and chaos. The main structure of wire represents the complexity of social relationships, while the gold pins symbolise the distance and differences between communities, as well as the power of communication to bring about connection, harmony and peace.”

Judges said: “The ‘CONNECT’ brooch was strong and well-communicated. Coco translated this concept into a thoughtful piece of jewellery resulting in a design which demonstrates an equal awareness of function and the trend for customisation.”

Yitong’s winning design for the Silversmithing Award is called, ‘A Part, Not Apart’ and uses folded silver to communicate the interdependent relationships of individuals, their communities and nature. Yitong says, about the design: “We are living in unique times and this led me to reconsider the co-existence of different communities within this context, including the diversity of life and the many endangered animals and ecosystems we are part of.”

The judges said: “Mindful of the properties of silver, ‘A Part, Not Apart’ contrasts a complex shape with organic forms. Yitong’s clever use of silver’s reflective properties resulted in a striking design which mirrors colour - a clear winner.”

Prime Warden of the Goldsmiths’ Company, Richard Fox said: “The Goldsmiths’ Company has been supporting craftspeople for nearly 700 years - inspiring and encouraging the next generation of jewellers and silversmiths is an absolutely essential part of this support if we want our industry to remain among the best in the world. New Designers helps contribute towards this objective and the Goldsmiths’ Company Charity is proud to be its longest standing supporter. This year’s winners have not only shown an obvious understanding of their craft but also an appreciation of how to work to a thoughtful and sensitive brief, which is a fantastic achievement and an invaluable professional skill when working with future
clients.” 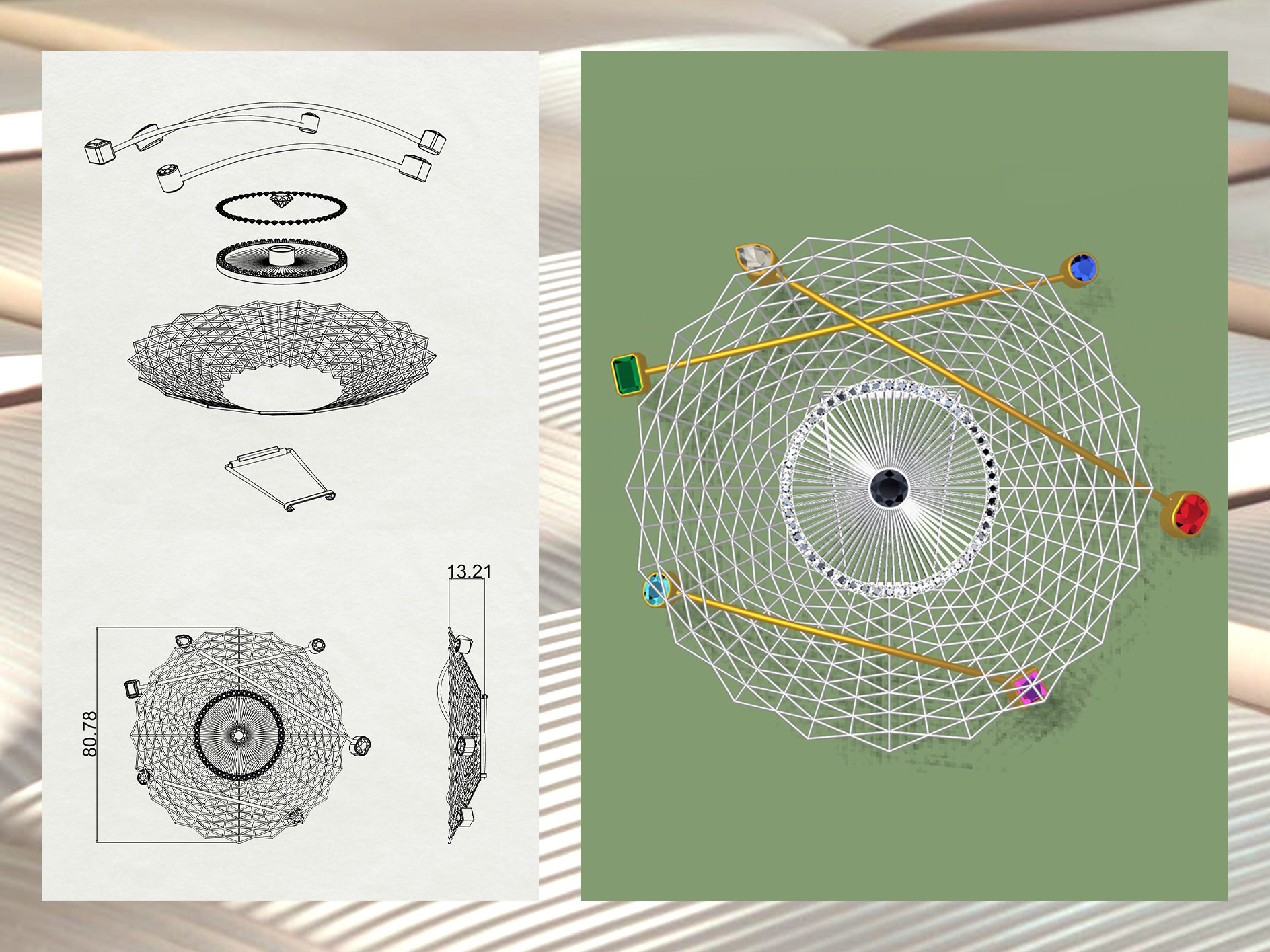 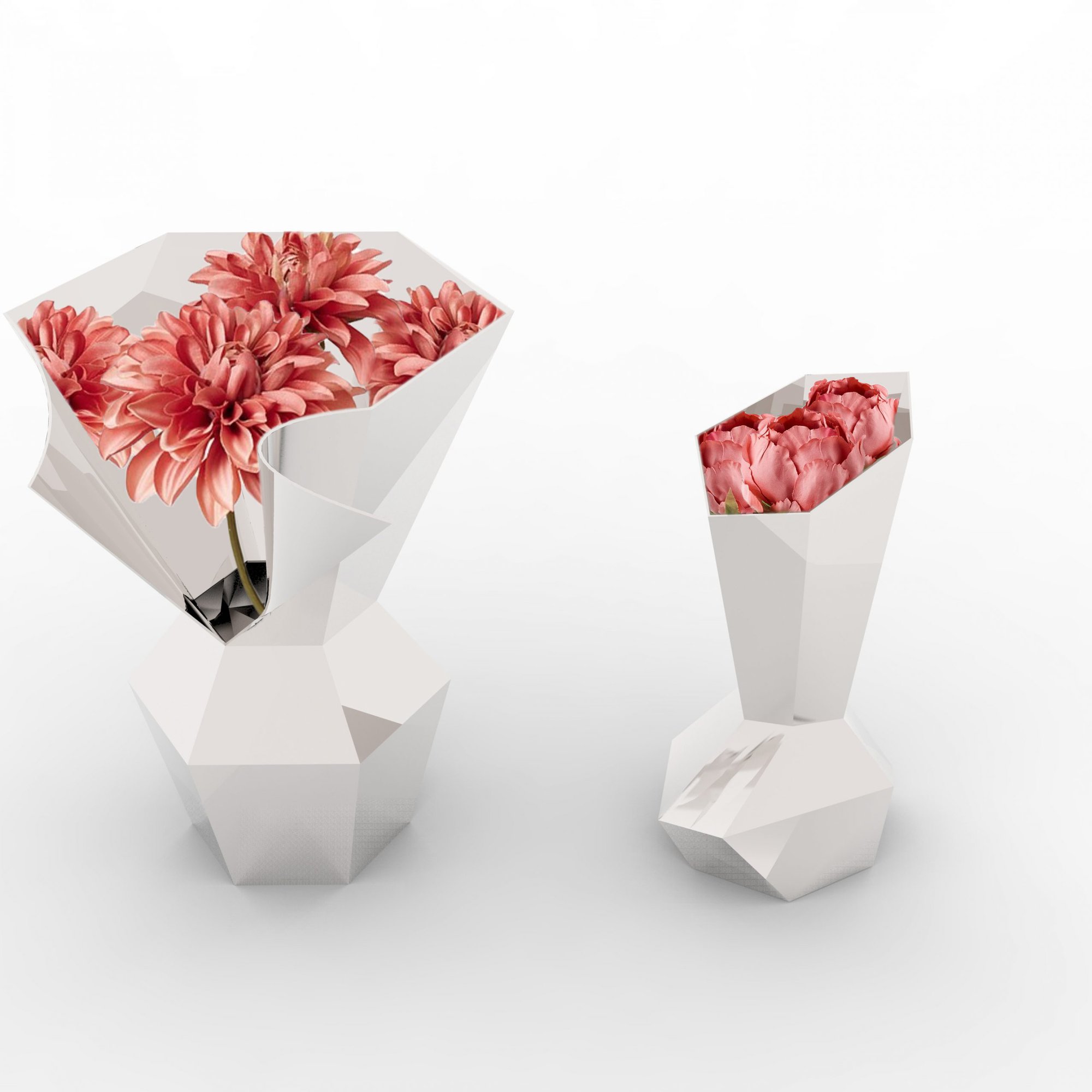 A Part, Not Apart by Yitong Zhang