Held at Goldsmiths’ Hall, London, since 1871, the first public Trial dates back to 1248. Today, it is presided over by the Queen’s Remembrancer, one of the highest legal representatives in the country. She is assisted by an independent jury made up of members of the Goldsmiths’ Company, which has been responsible for proceedings since 1580.

Over 23,000 circulation and ceremonial coins, produced by the Royal Mint over the course of the last year, have been part of the 2020 Trial, including the largest coins ever to be produced in the UK – the five kilo and the two kilo ‘Una and the Lion’ coins. These coins were created as part of The Royal Mint’s new Great Engravers series, which pays homage to William Wyon, who was chief engraver at The Royal Mint for 23 years until his death in 1851. 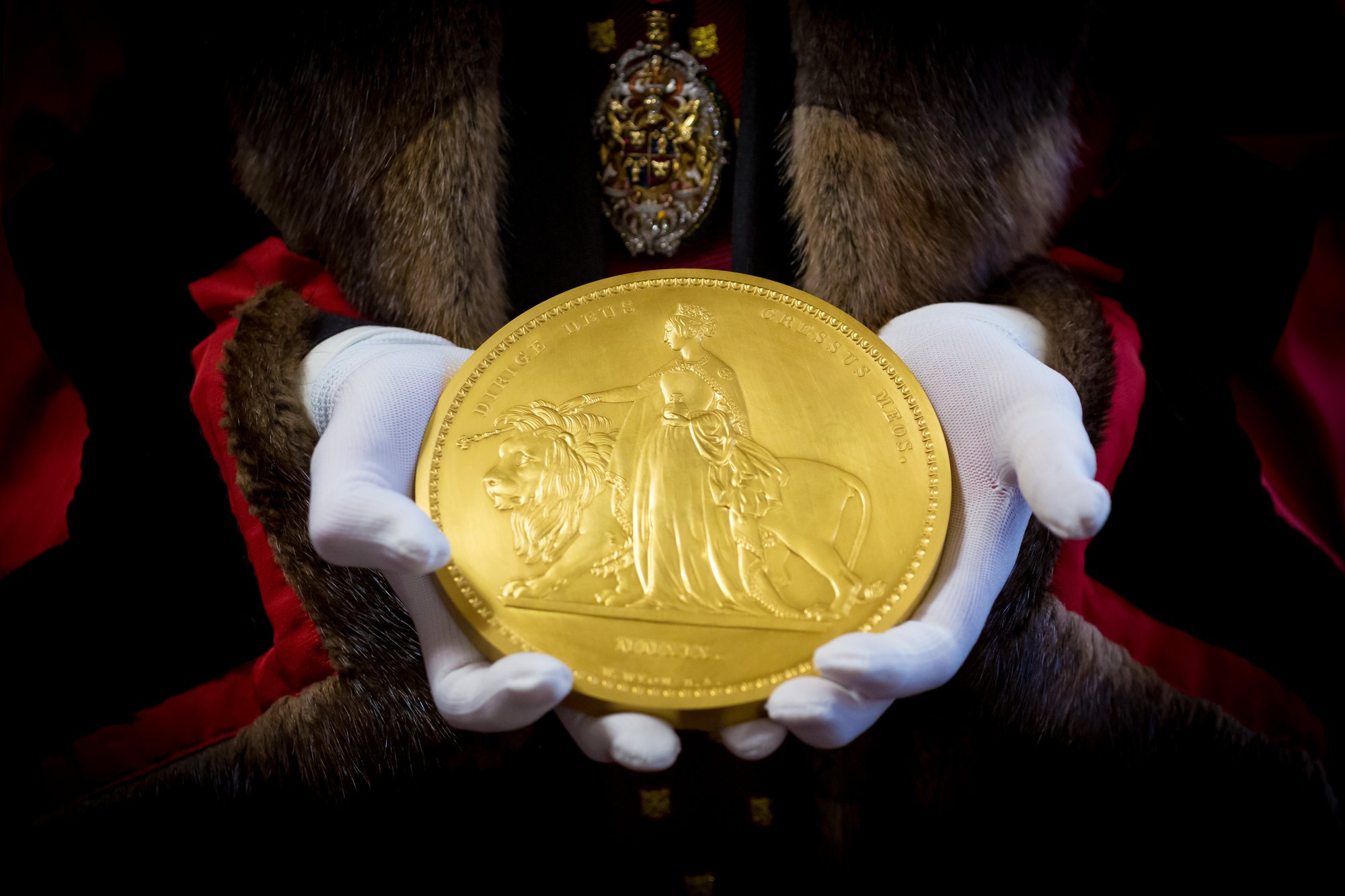 Simon Hutchinson, Deputy Clerk at The Goldsmiths’ Company said: ‘The Trial of the Pyx is one of the ways in which the Goldsmiths’ Company contributes towards national life. For over 700 years our members have been actively involved in protecting consumers through the Trial by ensuring the nation’s coinage is of the right quality and composition. For as long as we place value in coins, the Trial will remain relevant in modern life. Our commitment to excellence, integrity and the accuracy of our testing means we are able to hold the Master of the Mint to account and continue our proud heritage of protecting consumers.’

During the Trial, jury members were required to pick out a selection of coins from Pyx boxes (Pyx being derived from the Latin word for chest). The remainder were placed in wooden bowls and then weighed for accuracy and counted. The Trial is now adjourned for three months to allow time for the coins to be tested by the Goldsmiths’ Company Assay Office Laboratory and the National Measurement Office.

When the verdict is given on May 1 at Goldsmiths’ Hall, Rishi Sunak, the Chancellor of the Exchequer and Master of the Mint, will be held responsible for the result. Whilst the punishment for failure is not as strict as it once was, our excellence in testing and commitment to protecting consumers will remain unchanged.

Read more about the Trial here and watch out for more from the Trial on our stories page.