We’re sitting in this smart cafe in Soho.  All around us, there’s the high-pitched chatter of diners savouring delicious morsels.  Not us.  We’re clutching our iPhones, randomly googling some of the 4,000 secondary schools in the UK.  We’re trying to find out how many get involved in their local community.  Occasionally we look up, scribble a number and prong a moody forkful.

After half an hour we know.  They ALL do things to help their local community.  And what amazing, original things too! (Why wouldn’t you want the local school doing a litter pick after the local football team has played a home match?)  It’s when we come across a school that lists two members of staff as responsible for Community Engagement that we realise how big this is.

That’s how the Goldsmiths’ Awards for Community Engagement – which launched in 2019 – began as an idea nearly two years ago.

Why an Award?  It’s simple really.  Schools (rightly) focus on their academic records and pupil exam grades.  But we all know when we’re recruiting those same students a few years later, it’s the interesting ones, who’ve achieved something more than the right number of starred GCSE’s and A levels, you want working for you. Yet all this effort is rarely mentioned, let alone recognised.

That’s why I decided to introduce the Goldsmiths’ Awards – to recognise what is so important in shaping and educating our children in the wider sense, often to a life-changing extent.  (One student said that after everything he’d seen, he was determined to become a politician, “to help change people’s lives”.)

So after two years in the making, it was the big day!  And what an emotional day it was – the national Finals of the Goldsmiths’ Awards for Community Engagement. From 41 schools who started out nine months ago, there were just eight at Goldsmiths’ Hall for the Finals on Tuesday 25 June. 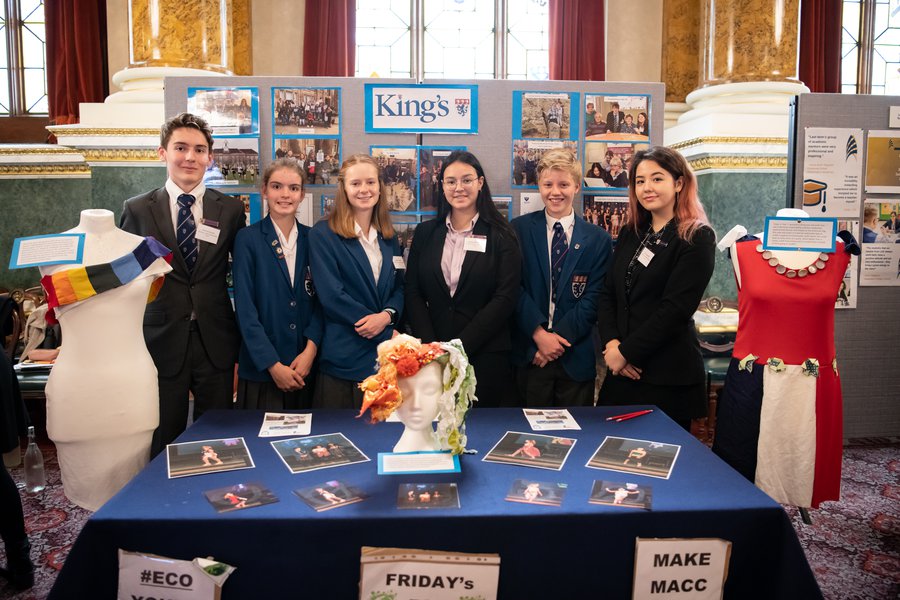 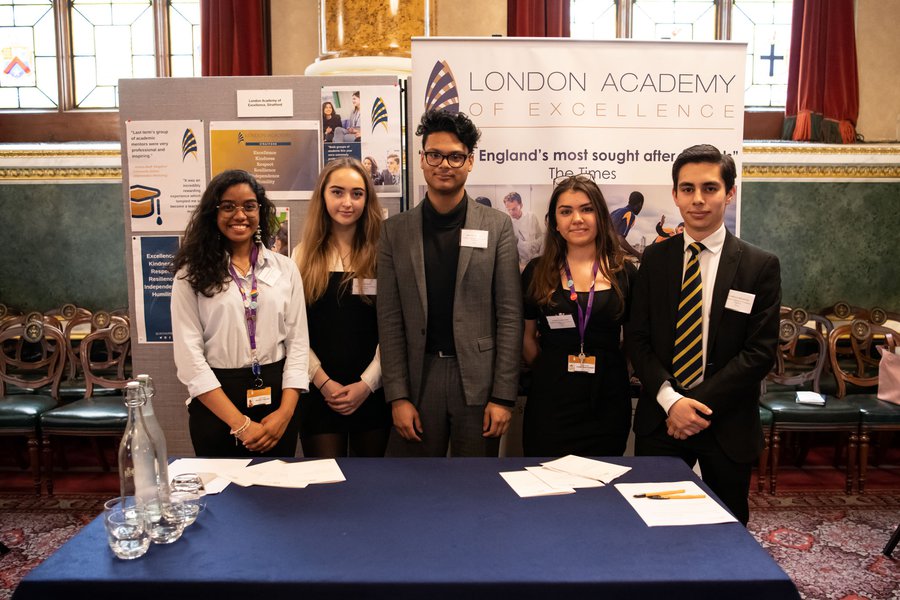 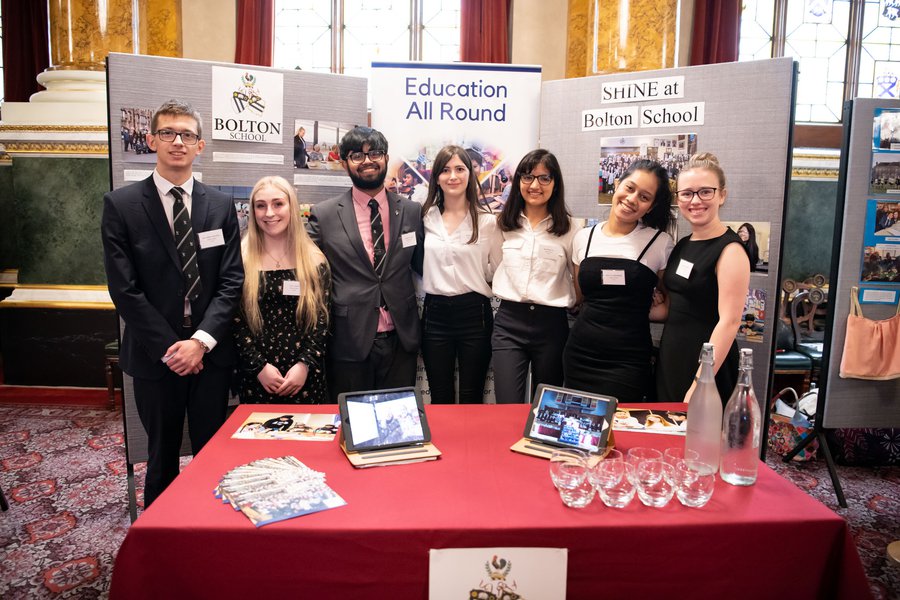 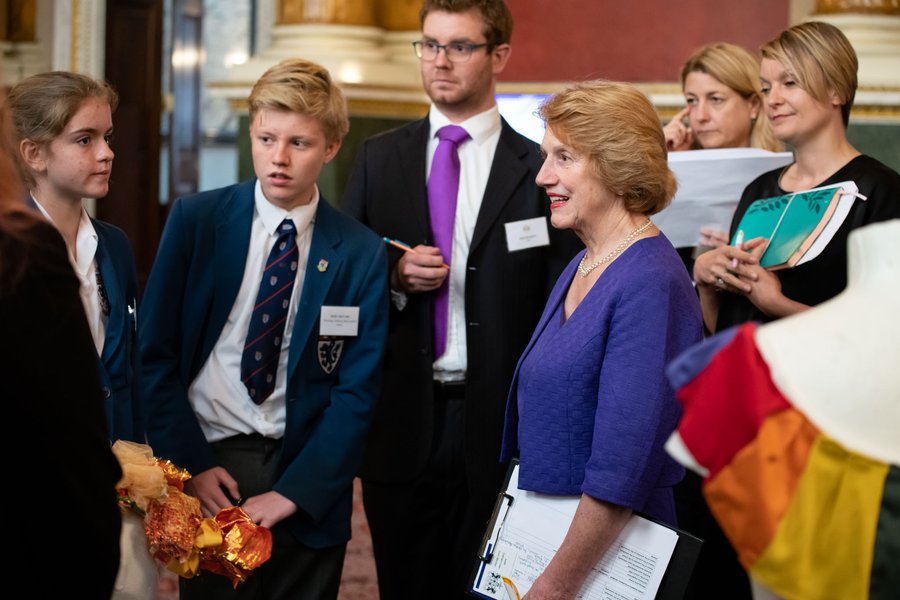 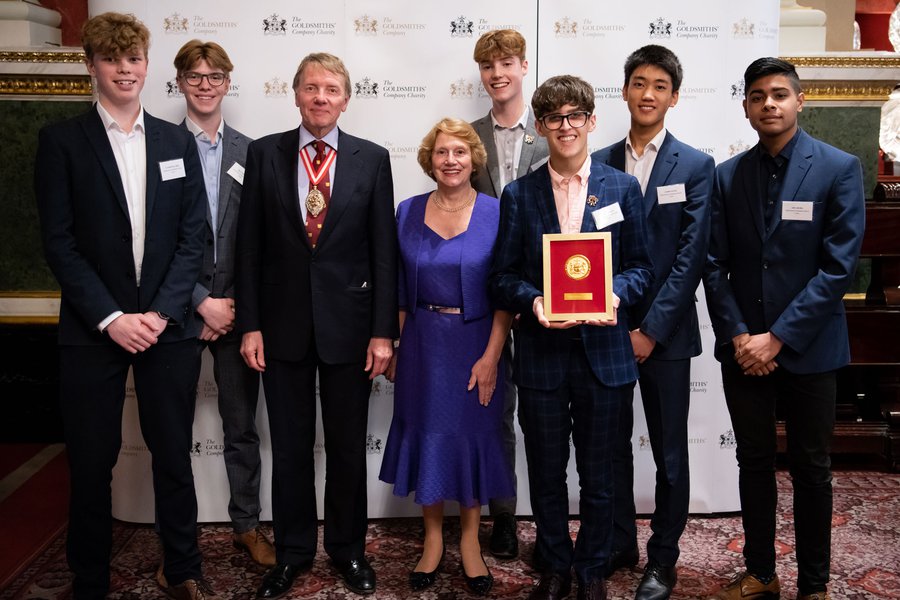 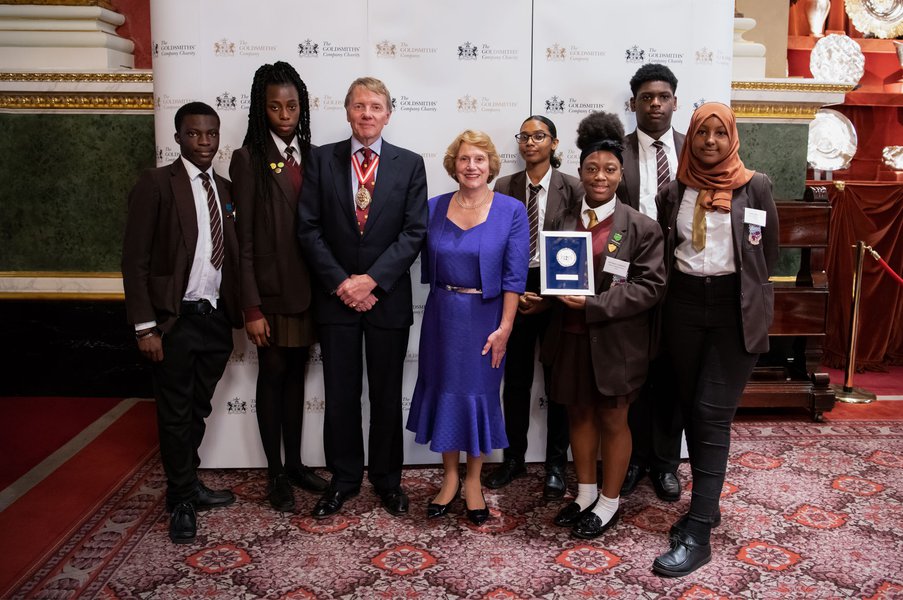 You wouldn’t believe what these students are doing – one school listed 32 different activities to support their locality. We heard about everything from giving local primary school children lessons in Russian and Mandarin, Sport and Shakespeare, to making and painting ceramic butterflies to brighten up a run-down housing estate. (“You can be having your worst day ever, and you see a butterfly and you have to smile!”) Another group has collaborated with’ a local special needs school and does everything from fundraising for a new minibus to working 1:1 with the children.  Some have even learned sign language Makaton so that they can communicate better.  One school in the north of England has brought together 12 primary schools from communities in their city that have no common language, religion or culture. They told us that these activities with the school are the only place these communities meet.

Then there were the haunting presentations: the pupils from Addey and Stanhope School in Lewisham explaining patiently to us judges how to stop someone bleeding to death after a stabbing, “because it’s often not the knife that kills you”.  This community project began after one of the girls in the group didn’t know what to do when a boy was stabbed on her doorstep.  Now they’re trying to make sure every young person locally knows the basic life-saving first aid.  They came second yesterday.

The winners were Manchester Grammar School, who are using a local church as a safe space to work with young men trafficked into slavery, giving them language and life skills so that they can have a different future.  So far, they’ve managed to support  14 men into jobs.  The sixth- formers told us how shocked they were to know how many traffickers are working in their home town.  And this is only one of 26 projects they are involved in.

So as you can see, it was quite a day. People’s reactions were brilliant: Mostly using words like ‘fantastic’, ‘wonderful’ ‘amazing’, ‘spectacular’, ‘a super and inspiring day’. Or as the Prime Warden said, “it makes one proud to be a Goldsmith!” There was laughter, there were sobering truths, and there were tears, not least mine. But above all there were 60+ pupils showing us why in ten years’ time we’ll all be queuing up to employ them.