James Morton, coin specialist, talks about the limited edition set of gold coins from 1953, issued to commemorate the Queen’s Coronation in 1953, which are part of The Goldsmiths’ Company’s Collection. 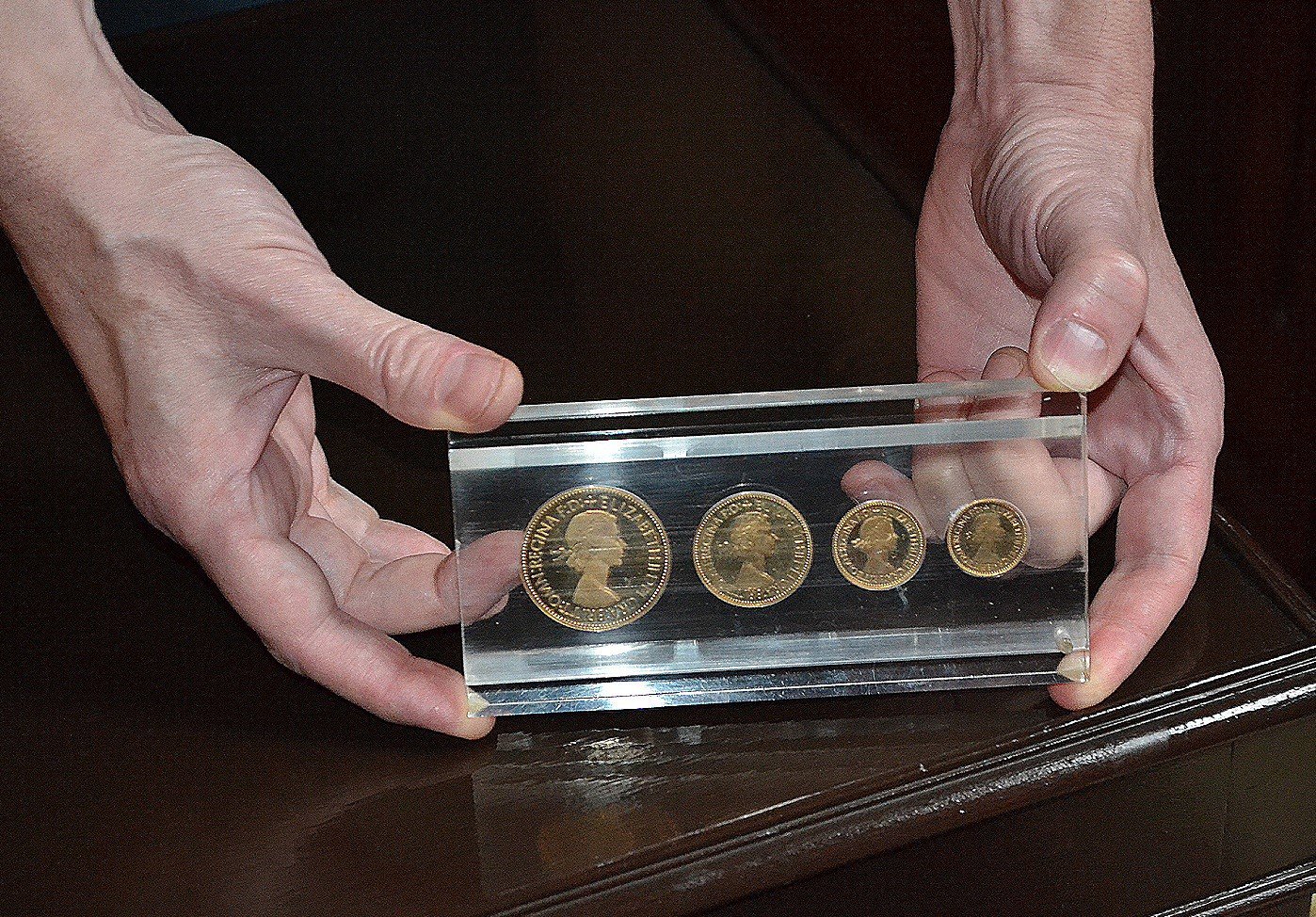 The portrait for the coinage of the young Queen Elizabeth II was created by Mary Gillick (1881-1965). 17 artists and sculptors had competed for the commission, including the better-known medalist at the time, Cecil Thomas. Gillick’s winning design showed the Queen uncrowned.

Below is an interview with James Morton, a coin specialist, at Goldsmiths’ Hall, who talks about the limited edition set of gold coins from 1953 which are part of The Goldsmiths’ Company’s Collection. The set contains a series of four gold coins, £5, £2, gold sovereign and half-sovereign coins, which were issued to commemorate the Queen’s Coronation.

According to James Morton, only a few sets were ever created by The Royal Mint, two of which the Queen owns in the Royal collection, another resides with the British Museum and another with the Royal Mint Museum. James provides further details about the coins in the video.
As a result of a policy decision, The Royal Mint also issued a crown (5 shilling) piece, to mark the new reign of Queen Elizabeth II. The commemorative coin featured an equestrian portrait of Her Majesty in uniform riding her favourite horse Winston and proved to be a popular souvenir: over 5 million were sold through the banks.
If you would like to learn more about The Goldsmiths’ Company's Collection, click here. Alternatively, if you would like to further explore the relationship between The Goldsmiths’ Company and The Royal Mint click here, or visit the London Assay Office Website here.
Back to top