Past Prime Warden of the Goldsmiths’ Company, Bruno Schroder, has passed away aged 86.

Born into the fourth generation of a banking family, Bruno’s early childhood was spent in Scotland on the isle of Islay. After school at Cothill and then Eton he carried out military service in the Life Guards, his maternal grandfather’s regiment, serving as a Second Lieutenant in Germany from 1951-1953. After military service, Bruno spent time in France and Germany before returning to England to read Politics, Philosophy and Economics at University College, Oxford from 1955-1958. He then studied for an MBA at Harvard from 1958-60.

From 1960, he began his work in earnest at Schroders, the family firm, serving in various departments before being appointed as a non-executive director.

Amongst Bruno’s varied interests, from opera to ballet, to flying and Scottish dancing, was antique silver. His interest in antique silver led to his sharing of the family’s private collection of continental silver, previously unknown outside of the family. The former curator at the Goldsmiths’ Company, Graham Hughes, encouraged him to first show the collection at an exhibition at Goldsmiths’ Hall in 1979. The collection then went on to be shown in several museums in the United States and in Switzerland.

These connections with antique silver and banking led to his invitation to become a freeman of the Goldsmiths’ Company in 1973. He was elected to the Livery in 1976, the Court of Assistants in 1987 and served as Prime Warden from 2001-2.

Reflecting on his 18 months as Prime Warden, Bruno remarked that he ‘was honoured and humbled to be one of a long line of Prime Wardens dating back to 1327’ and on how ‘we are so lucky that of The Twelve Great Livery Companies the Goldsmiths’ Company has more than half of its Freemen working “in the trade”. It is a record that many others would like to have.’ Amongst the initiatives during his tenure was a focus on helping the trade, and on improving communication with the Livery and the Freedom.

One of the highlights of his term of office was the clothing of Her Majesty Queen Magrethe II of Denmark as a Liveryman. He noted that ‘it was a particular pleasure to clothe her with the livery and to present to her a beautiful silver parcel-gilt casket for her Freedom Certificate designed by Grant Macdonald, an Assistant.’ 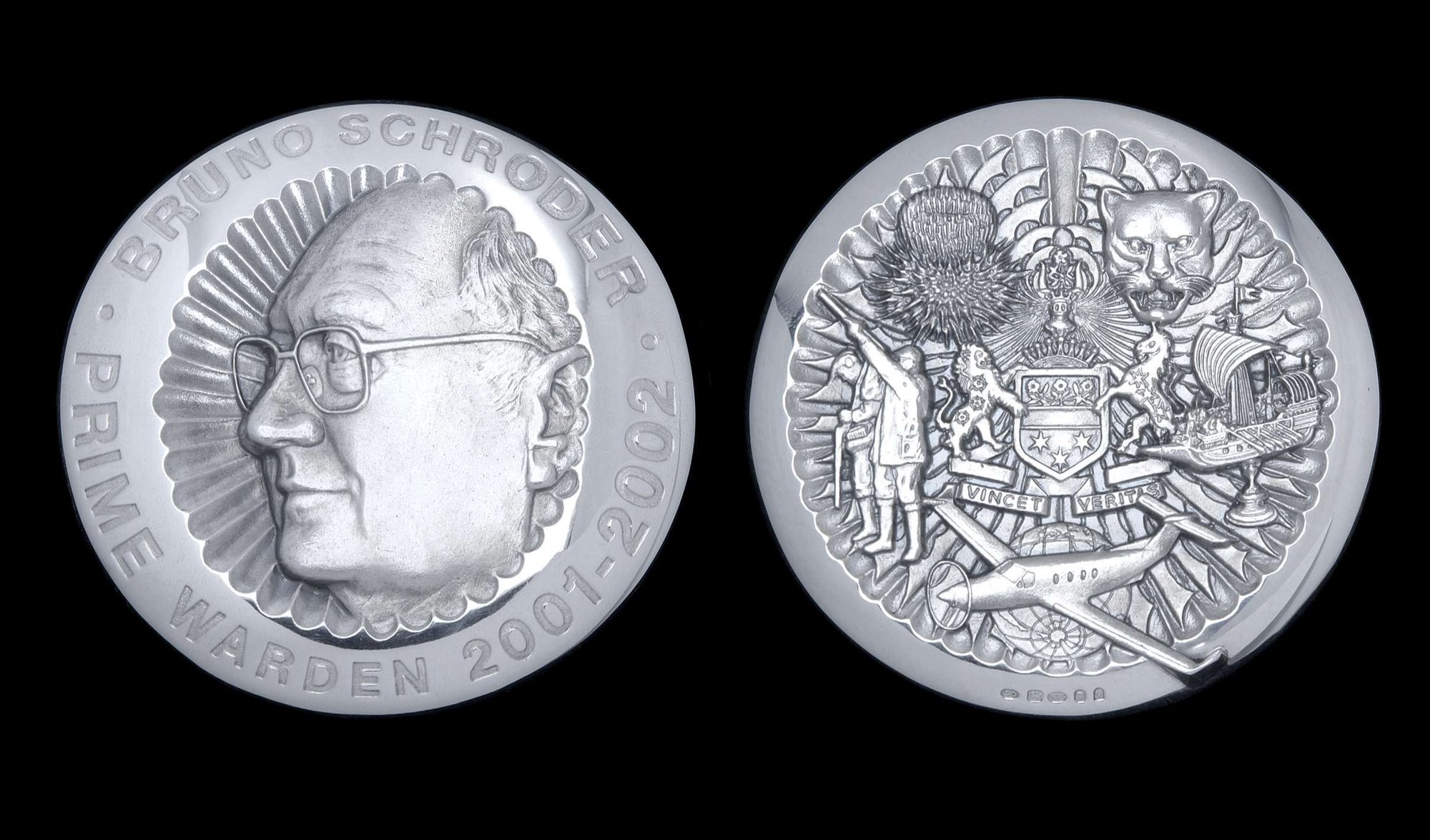