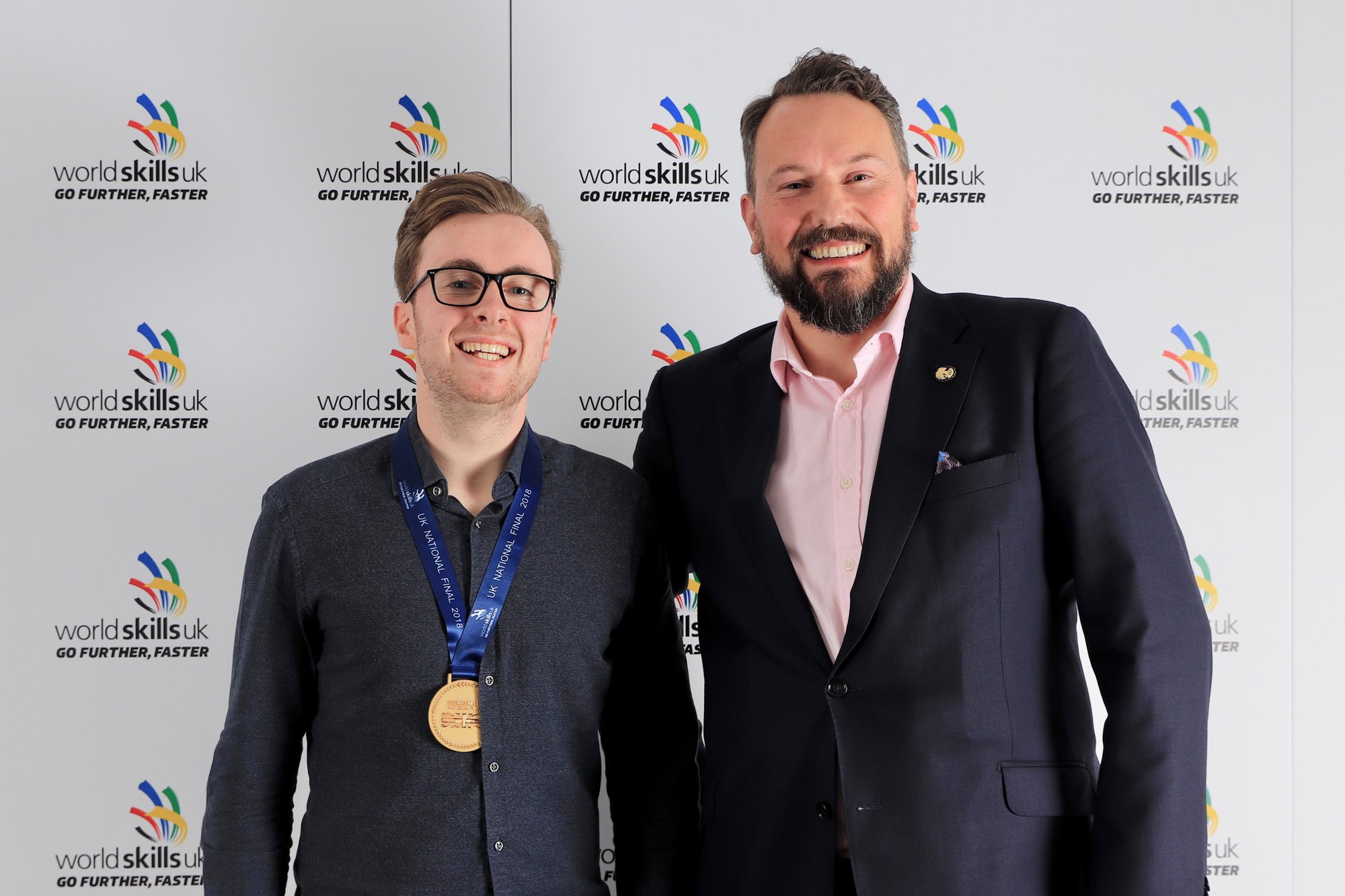 In an impressive display of talent and maturity, three young Goldsmiths’ Company apprentices have excelled in the Fine Jewellery Making category at the nation’s largest skills and careers event, The Skills Show. The event, held at the NEC, Birmingham from 15-17 November, brought together the UK’s most talented young tradespeople and the next generation of skilled professionals.

Almost 500 young apprentices, exponents of 55 disciplines – as diverse as Aircraft Maintenance, 3D Game Design, Cabinet Making, Plumbing, Beauty Therapy and Cyber Security –  took part in the National Finals. Jewellery Making category finalists included apprentices as well as students from the School of Jewellery, Birmingham City University. In order to reach the Finals, all involved had to attend and go through open selection events in London and Birmingham earlier this year.

The Goldsmiths’ Company Apprenticeship Scheme’s Matt Gough at Graff Diamonds was awarded Gold, Luiz Goncalves at The London Works received Silver, and Amelia Mackie at E C One won bronze this weekend. Finalists were tested in a temporary workshop environment and were scored on their jewellery making ability to saw a piece out, solder, make to specific dimensions, surface finish and complete on time.

This year, the Goldsmiths’ Centre worked with the National Association of Jewellers to create a stand that drew on various parts of the industry to ultimately bring awareness to the opportunities available to young people.

Chris Oliver, Head of Professional Training at the Goldsmiths’ Centre, said: ““The Goldsmiths’ Centre was delighted to have the opportunity to work with the NAJ to create an interpretation space which allowed attendees of the WorldSkills finals to gain further insight into the diversity of career opportunities within our industry. The stand featured CW Sellors, Weston Beamor, CooksonGold and Hockley Mint and Birmingham School of Jewellery. These companies offered attendees the opportunity to enter a jewellery design competition, which included the manufacturing of the winning design, as well as practical skills and expertise such as wax carving, CAD design and 3D printing”