The Lord Mayor of London and the Lady Mayoress called at Goldsmiths’ Hall this morning as part of their annual tour of Livery Halls to raise money for their charity fund.

The Goldsmiths' Company Charity has awarded the Lord Mayor's Appeal a grant of £25,000.

They arrived on horseback in full regalia, accompanied by members of the Honourable Artillery Company’s Light Cavalry and mounted police.

The Prime Warden, Michael Prideaux, the Fourth Warden, Richard Fox, and the Clerk, Sir David Reddaway, offered them a drink by way of hospitality. 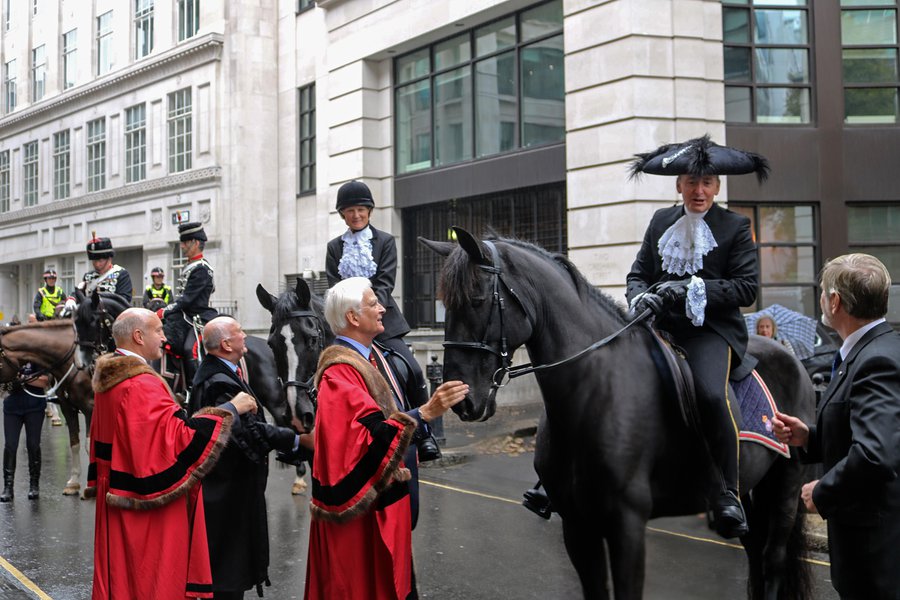 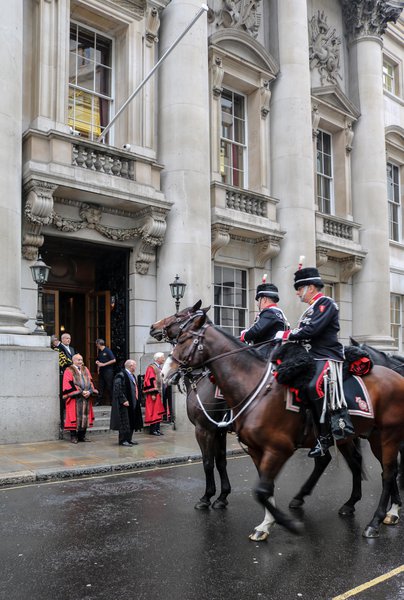 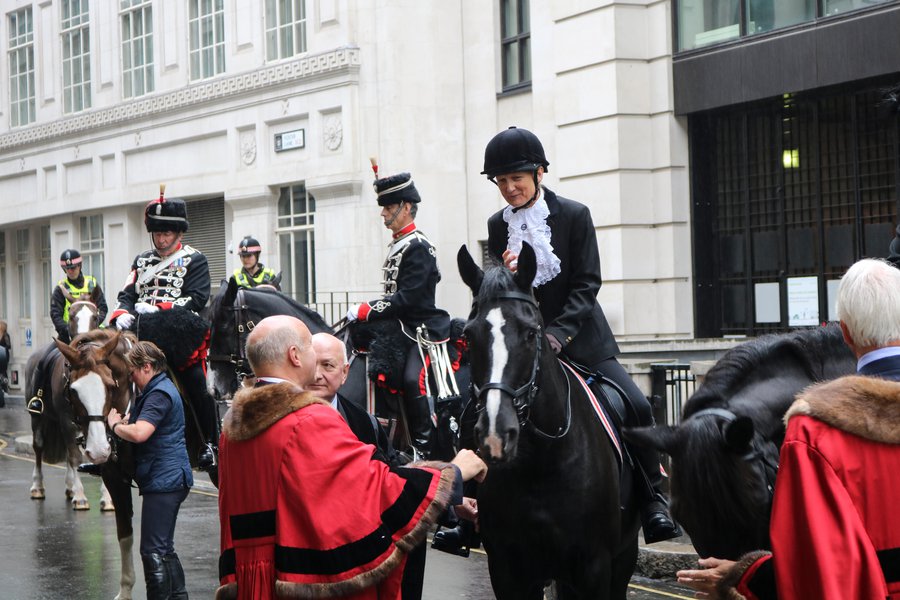 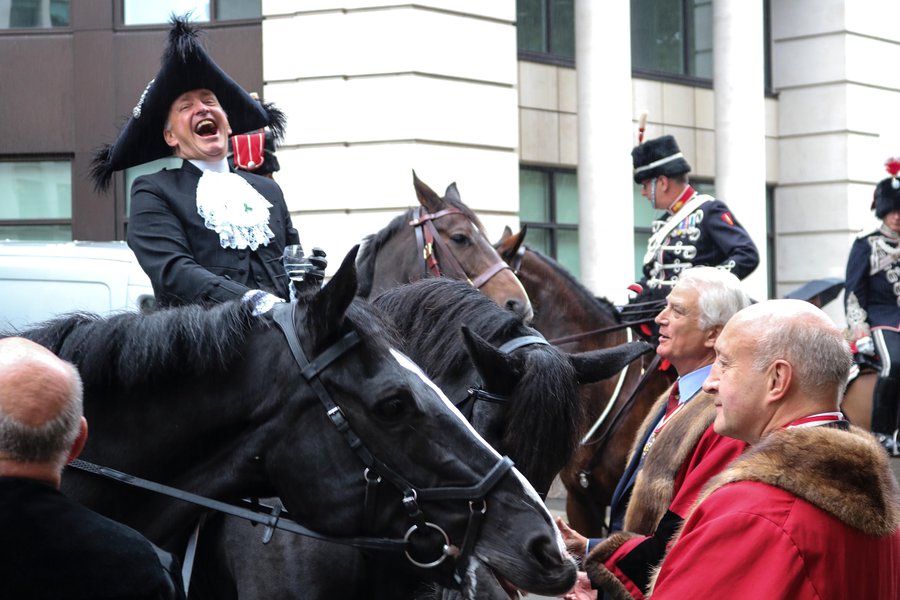 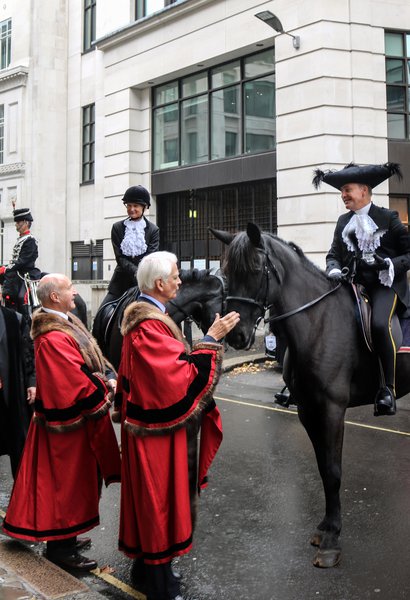 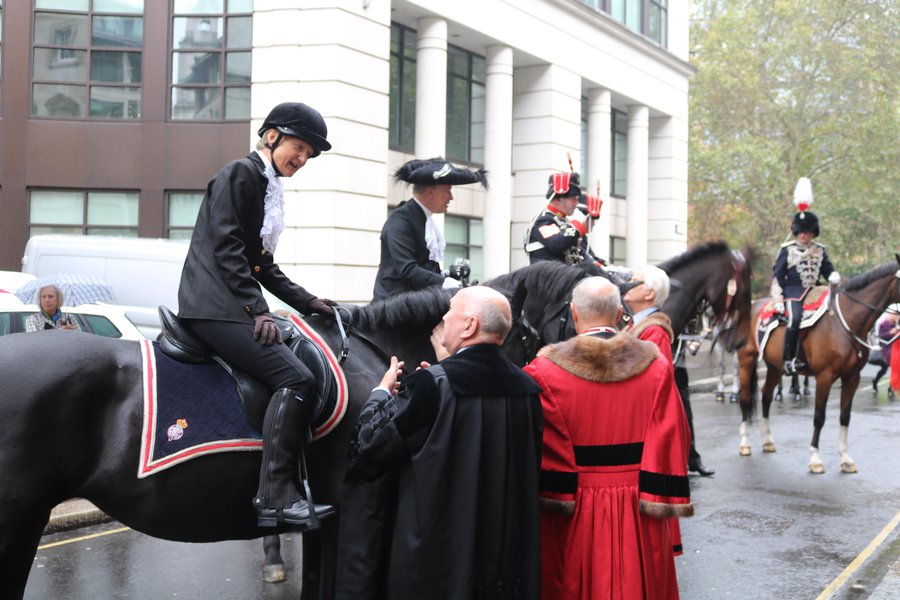 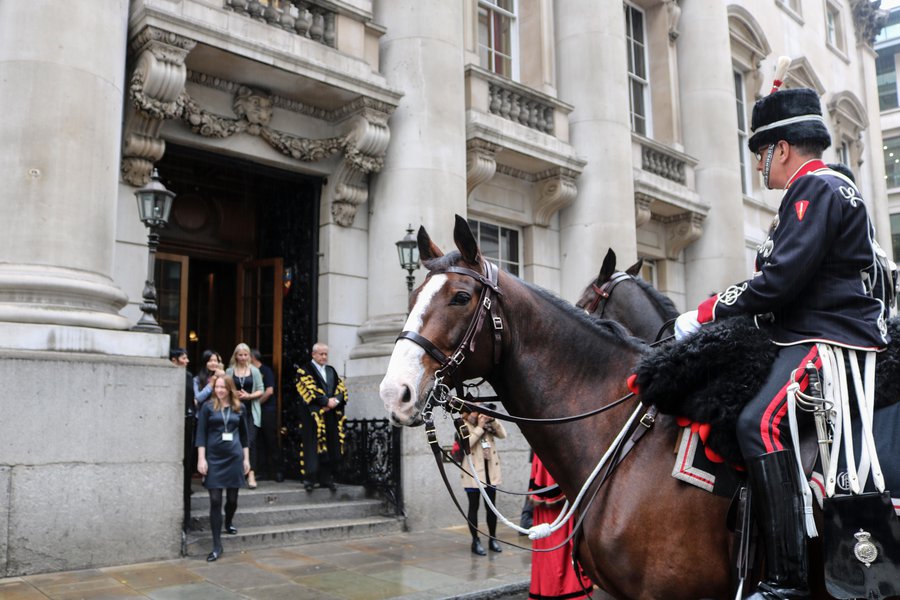 The Lord Mayor's Charity Appeal aims to build a City that is healthy, skilled, inclusive and fair, by delivering programmes with their three charity partners, Place2Be, OnSide Youth Zones and Samaritans. It will continue to develop their three thought leadership initiatives: the Power of Diversity, This is Me and City Giving Day.

Their work aims to benefit two communities: City employees and their family and friends, as well as residents of neighbouring communities.