Our members are the lifeblood of the Company, made up of approximately 1550 freemen and 285 liverymen.

More than half the membership of the Company comprises people engaged in the trade, which includes silversmiths and jewellers as well as those in allied areas such as design, retail and auction. The remainder of the membership incorporates a broad range of backgrounds and experience, with industry, commerce, education and the arts well represented.

The Company’s affairs are regulated by the Court of Assistants (our Board), whose members chair a variety of Committees consisting of liverymen and freemen.  A permanent staff headed by the Clerk (CEO) runs the Company on a day-to-day basis for the Court.

As with most other Livery Companies, the membership is made up of Freemen, Liverymen, and Assistants.

Freemen, of whom there are over 1550 in total, enter the Company by one of three routes:

Enquiries concerning membership of the Company should be addressed to the Deputy Clerk.

A Call to the Livery is made by the Court of Assistants every two to three years, as necessary, to maintain a sufficient total within the Livery. The election process is by application and subsequent selection from the Freedom.

The Assistants are in turn elected from within the Livery. The Court of Assistants, numbering up to 33, is the governing body of the Company. Each year, four members are elected to become Wardens, who meet regularly and act as the Company's executive committee. The senior warden is known as the Prime Warden and serves for a year, changing over in May.

The Court of Wardens and Court of Assistants are the governing bodies of the Company, with overall responsibility for its affairs. The Court of Assistants appoints the members of the 11 Committees which direct the day-to-day running of the Company. The Committee members are drawn in the main from the Livery and sometimes the Freedom; there are also co-opted advisors and Company staff who provide support to each Committee. There are always two members of the Court of Assistants sitting on each Committee, one of whom is the Chairman and they are elected indefinitely at three year intervals. Liverymen and freemen are elected initially for three years, with the opportunity to serve a further term of three years. Liverymen are also given the opportunity to experience the workings of the Committees by being invited to sit on the Committee for three years as supernumerary members. 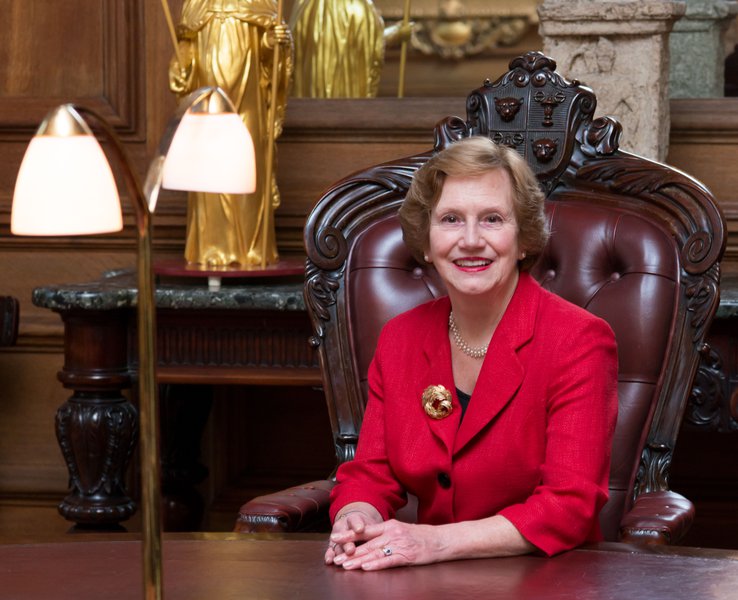 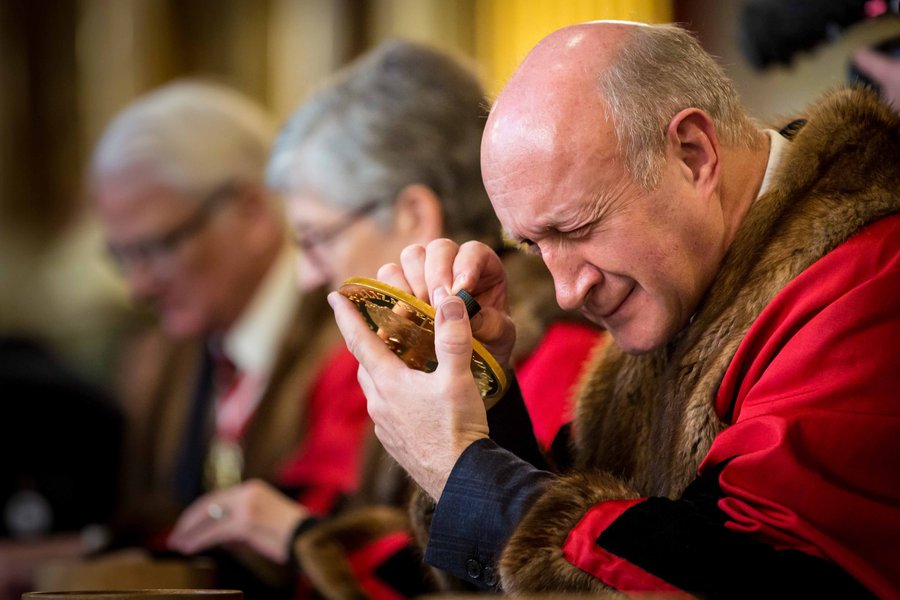 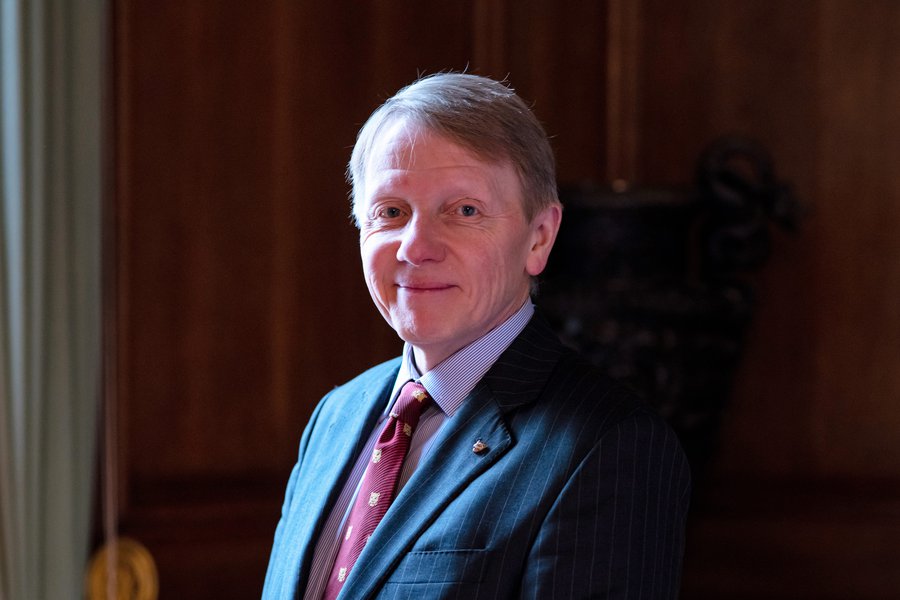 The Court of Wardens

Chaired by the Prime Warden, this comprises the four Wardens with the Clerk and senior staff in support.  It is responsible for all matters relating to the policy and direction of the Company.

The Court of Assistants

This is the Management Board of the Company.  Chaired by the Prime Warden, the Court is made up of the four Wardens and all Assistants aged 80 or under.  Its prime purpose is to scrutinise and ratify the actions and recommendations of all the Company's committees and the Court of Wardens.  By virtue of also being Directors of the Company’s corporate trustee, the Assistants are also responsible for the overall administration of the Company’s charities.

Responsible for all key issues relating to the Company's investment and property portfolios.

The Assay Office Management Board

The Goldsmiths Craft and Industry Committee

Responsible for directing the Company's support of the craft.

Responsible for the promoting the Company and its activities, for maintaining the websites and social media, and for Goldsmiths' Fair.

Responsible for directing the Company's grants and initiatives aimed at assisting schools and teachers.

Responsible for directing the purchase and commissioning of contemporary articles for the Company's collection.

Responsible for overseeing the maintenance of the Company's collection of silver, jewellery and fine art.

Responsible for the management of the library and archives, spanning nearly 700 years of history.

Responsible for overseeing the maintenance of the fabric and the running of the Hall. It is supported by a Food and Wine Sub-Committee.

Responsible for overseeing all aspects of the Company membership of Freemen and Liverymen. It is supported by an Events Sub-Committee.

Chaired by the Prime Warden, the Court of Wardens comprises the four Wardens with the Clerk and senior staff in support.  It is responsible for all matters relating to the policy and direction of the Company. The positions on the Court change annually, as the Prime Warden holds the post for one year, before returning to the Court of Assistants.

Richard Fox, Managing Director of Fox Silver, is the 693rd Prime Warden of the Goldsmiths’ Company. With a background in silversmithing, design and business leadership, Richard has successfully created beautiful silverware for the likes of Formula One and Rolls Royce for almost four decades.

After gaining a Master’s degree in design from the Royal College of Art, Richard set up his business in 1981 in central London. Only a year later, in 1982, Middlesex Polytechnic invited him to become an associate lecturer for their first-year silversmithing course. He taught for seven years before deciding to focus full-time on Fox Silver, a design-led manufacturing company specialising in silverware, which is now based in Croydon, Surrey and employs 14 people who service clients around the world.

One of Richard’s most significant early business successes was winning the commission to make the Bernie Ecclestone trophy in 1984 and later the F1 TV Trophy. This would lay the foundation for a career mastering the art of making trophies for Formula One and other prestigious clients, as well as medals and models, which is still a major part of his business today.

Career highlights also include a commission for 20 sets of silverware for the State Dining Room of No.10 Downing Street in 1991 and 2005; designing and creating three pieces for the Vatican’s collection; and becoming a tier-one supplier to Rolls Royce.

Richard is currently Chair of the COVID-19 Fund Steering Group and was a founding member of the Association of British Designer Silversmiths, now Contemporary British Silversmiths, serving as both Chairman and Treasurer.

His interests are skiing, motor racing, sailing, travelling, gardening and trying to finish the restoration of his first car - a MGB Roadster. Richard has four children and is married to jeweller Serena Fox, co-director of Fox Silver. 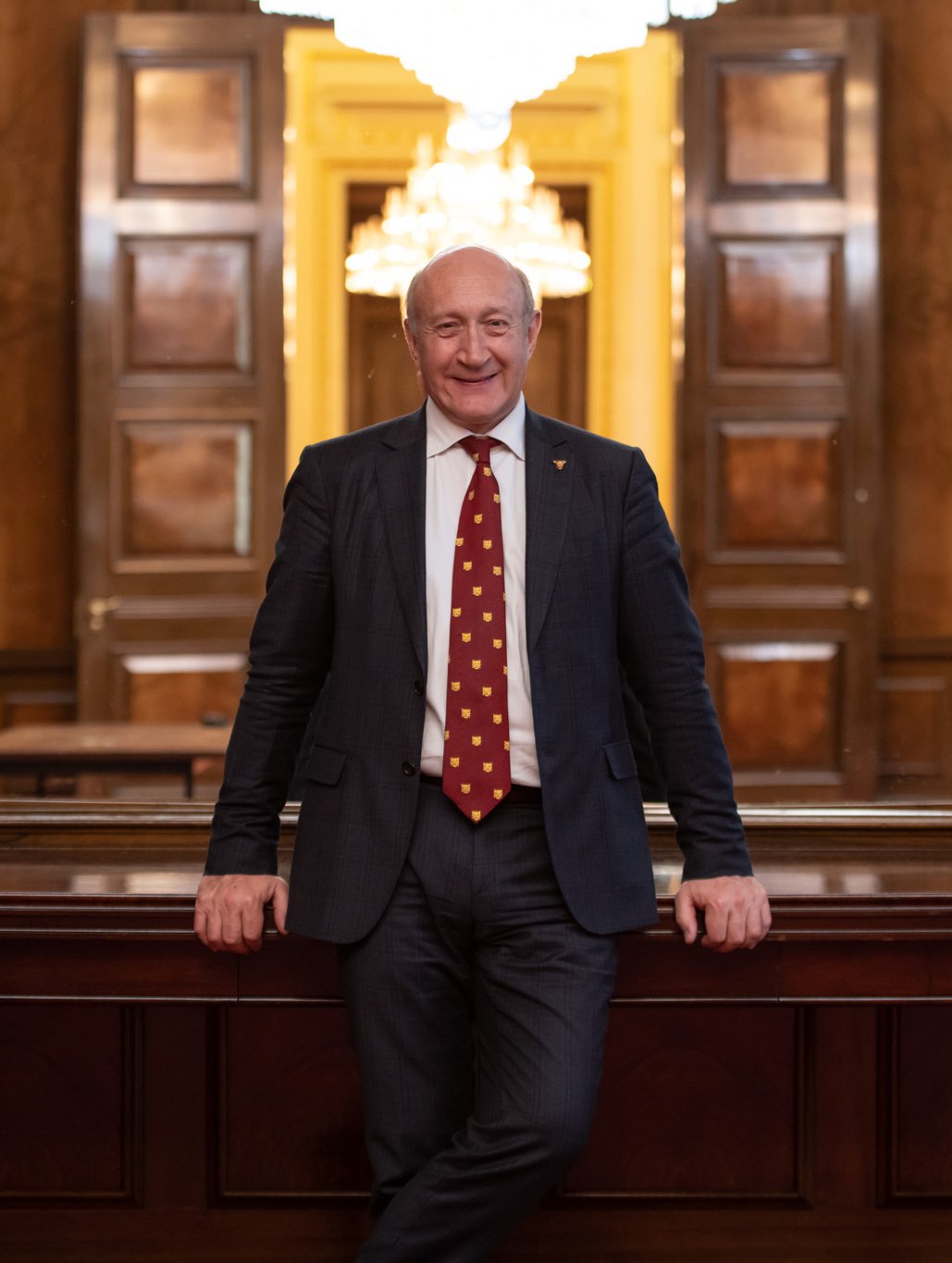 Lynne is Master of Pembroke College Oxford. She took up the position in August 2013. Before that she was Chief Executive of the British Library from 2000 - 2012. Lynne came to the British Library from the University of Leeds where she was Pro-Vice-Chancellor. Previously she was a senior consultant with KPMG and has held leadership positions in information technology and knowledge management at Aston University and at the London School of Economics.

She was a non-exec Board member of Ofcom, the UK media and telecommunications regulator, until August 2017. She is a member of the Council of City University, and sits on the Wolfson Trust Arts Panel. She was a council member of the Arts & Humanities Research Council (AHRC) from 2009 – 2014.

Lynne started her professional career at Oxford University's Bodleian Library after studying music and gained a Masters Degree in Information Science from UCL. She played a leading role in modernising national library and information provision across UK higher education and was made a Dame Commander of the Order of the British Empire in the 2008 New Year's Honours List for services to education.

Lynne chairs the Library and Archives Committee and sits on the Education Committee.  She was a Trustee of the Goldsmiths’ Centre from its formation in 2007, and Chair from 2013- 2016.

Mark Bridges has practised as a Solicitor since 1980, and was a Partner of Farrer & Co in London from 1985 until 2019, when he became Senior Counsel to the firm.

His practice included global and domestic tax planning, philanthropic and constitutional law. This also involved lecturing in many countries on diverse topics, such as international regulatory systems, tax and trusts and philanthropy.

He has a passion for music, both as a performer and listener as well as an adviser on constitutional and governance issues for charities connected with the world of music.  He has served as a Governor of the Purcell School, Treasurer of the Bach Choir, Council Member of the Royal School of Church Music, and as Chairman of Music in Country Churches.  He has been a Governor of Sherborne Girls, as well as Chairman of Hanford School.  He is currently engaged, with his family, in setting up a new charity in memory of his son Edmund with the purpose of commissioning new Church music from leading composers.

He was also a Government appointed Trustee of the UCLH Charities Trust between 1990 and 2010.

Lord Bridges was Solicitor to the Duchy of Lancaster between 1998 until 2012, and Private Solicitor to The Queen from 2002 until 2019.

He is currently Deputy Chairman of the Leeds Castle Foundation, and a Vice President of the International Academy of Estate and Trust Law. He is married to Angela, and has three surviving children - Venetia, Camilla and Drusilla.

Charles Mackworth-Young is a physician specialising in Rheumatology. He read Medicine at Cambridge, followed by Archaeology and Anthropology. After attending St. Bartholomew’s Medical College (Barts) he held junior doctor positions at centres in and around London, including the Royal Postgraduate Medical School.  He spent two years training in laboratory research at Tufts University New England Medical Centre, USA, and continued this on his return.

Since 1990 he has been Consultant Physician at Charing Cross Hospital, where he has held various administrative positions. In 2017 he was appointed Professor of Practice at Imperial College. His research has focused on the origins of autoimmune diseases and the treatment of arthritis. He has also had particular interests in medical training and in ethics.  Other positions have included Medical Director at King Edward VII’s Hospital, a charity that includes a focus on the care of veterans, and Specially Appointed Commissioner at the Royal Hospital Chelsea. He was appointed CVO in the 2020 New Year Honours.

Charles became a Liveryman of the Goldsmiths Company in 2003 and an Assistant in 2011. He has taken a particular interest in the educational and charitable activities of the Company.  Charles is married to Iona, formerly an art historian, and they have three grown up children. He has been a ski instructor and rider, and claims to have been educated by Radio 3. He plays the trombone in an orchestra and disturbs the neighbours with his piano.

The history of the Worshipful Company of Goldsmiths, one of the Twelve Great Livery Companies of the City of London, founded in 1327.

Read more about the Goldsmiths' Company, including our charitable activities and educational programmes.