The Hall is the third on this site, the Goldsmiths' Company being located here since 1339. Little is known of the first Hall but the second was erected in 1634-6 and restored after the Great Fire of 1666. It lasted for almost two centuries, but was eventually demolished in the late 1820s. The present Hall, by Philip Hardwick, remains much as he designed it, although there have been changes to the decorative schemes and the use of rooms.

The Hall narrowly escaped complete destruction when in 1941 a bomb exploded inside the south-west corner. Faithfully restored on the exterior after the War and internally modified, it retains much of the charm of an urban palazzo. A major refurbishment which was completed in 1990 has further adapted this great building for the 21st century. 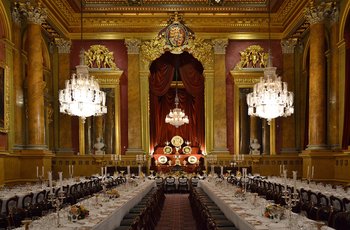 This magnificently proportioned room with Corinthian columns of scagliola has a richly decorated moulded ceiling in gold leaf. 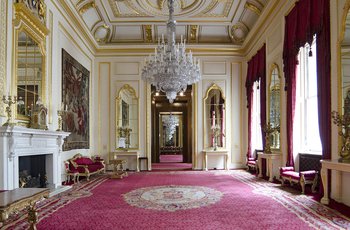 Redesigned in 1950, following war damage, this elegant room is one of the two key reception rooms within the Hall. 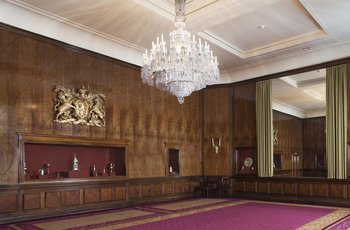 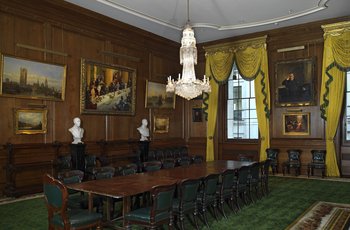 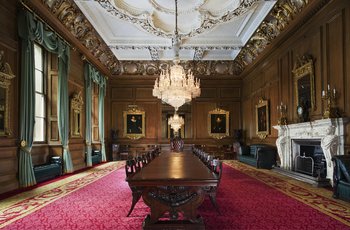 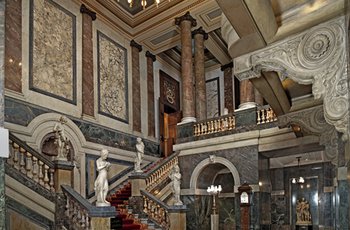 Take a 360 Tour of Goldsmiths' Hall, one of London's hidden treasures. 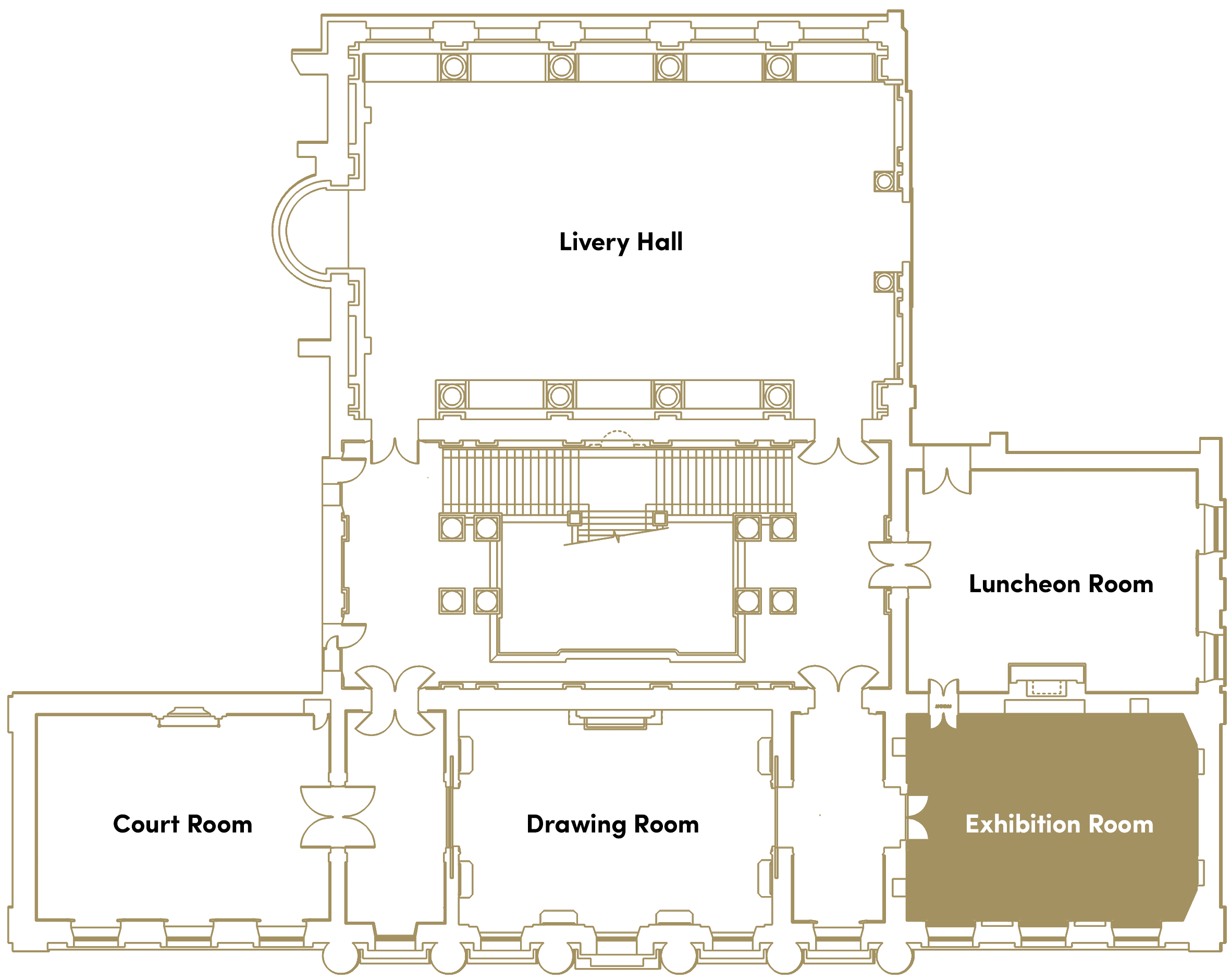 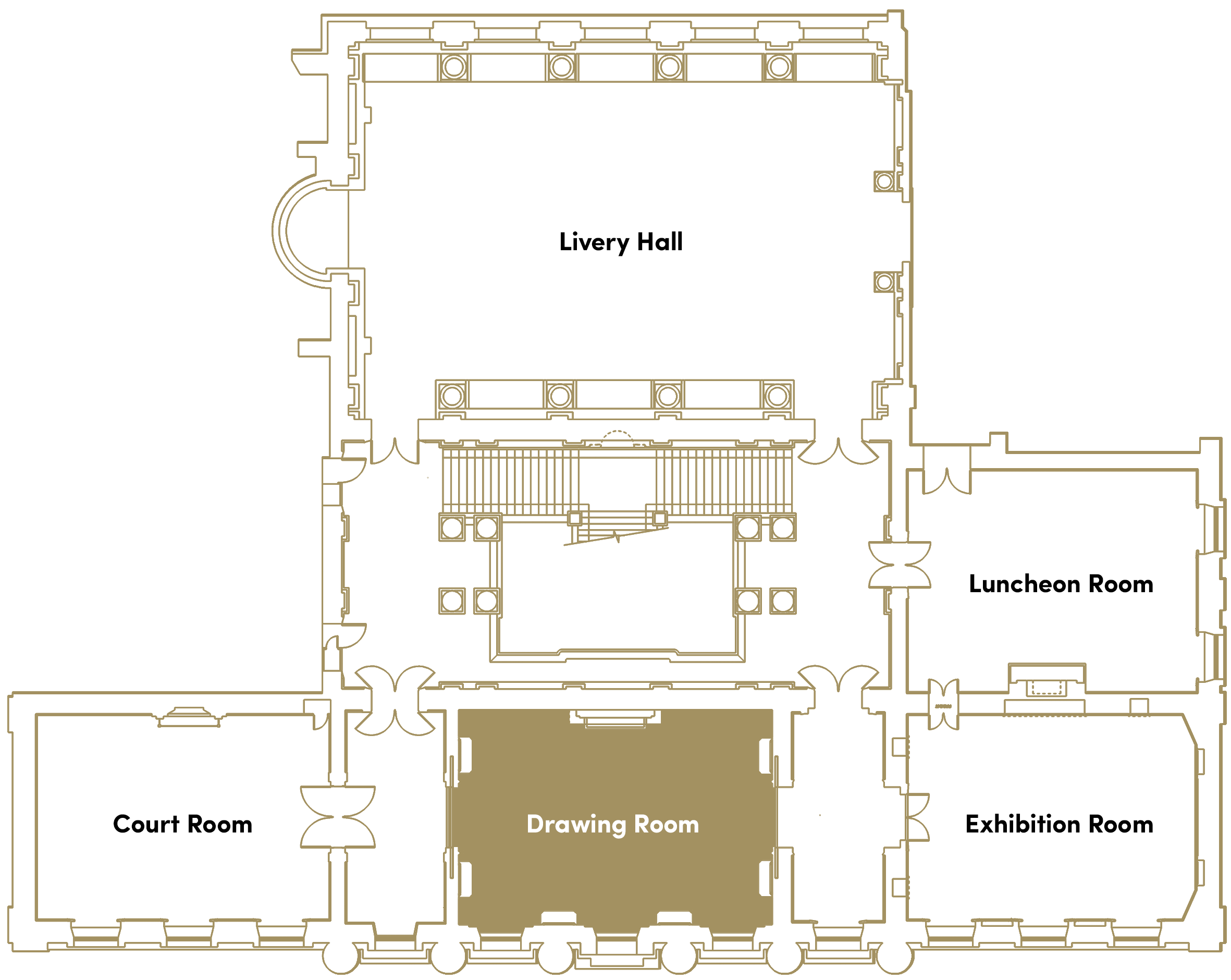 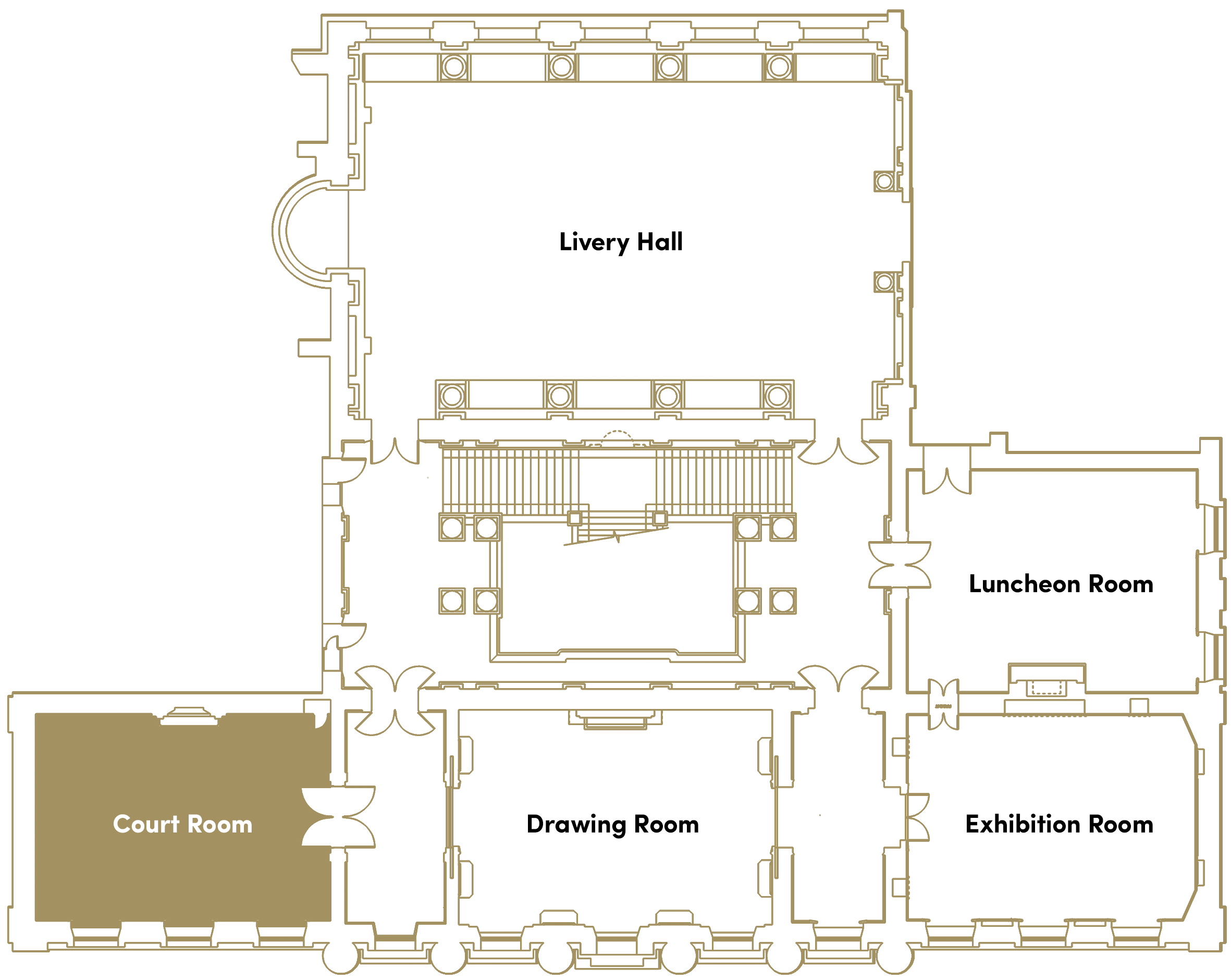 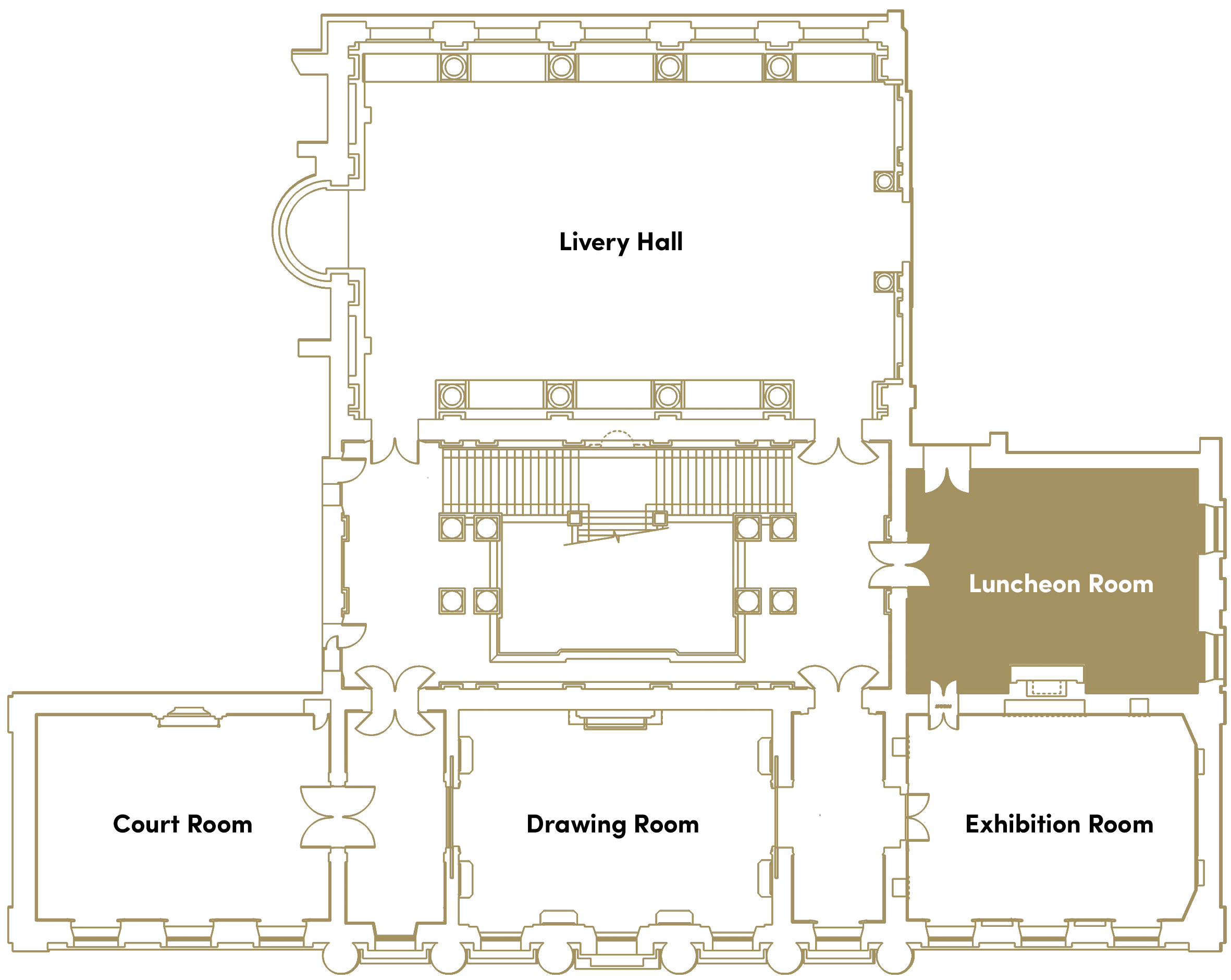 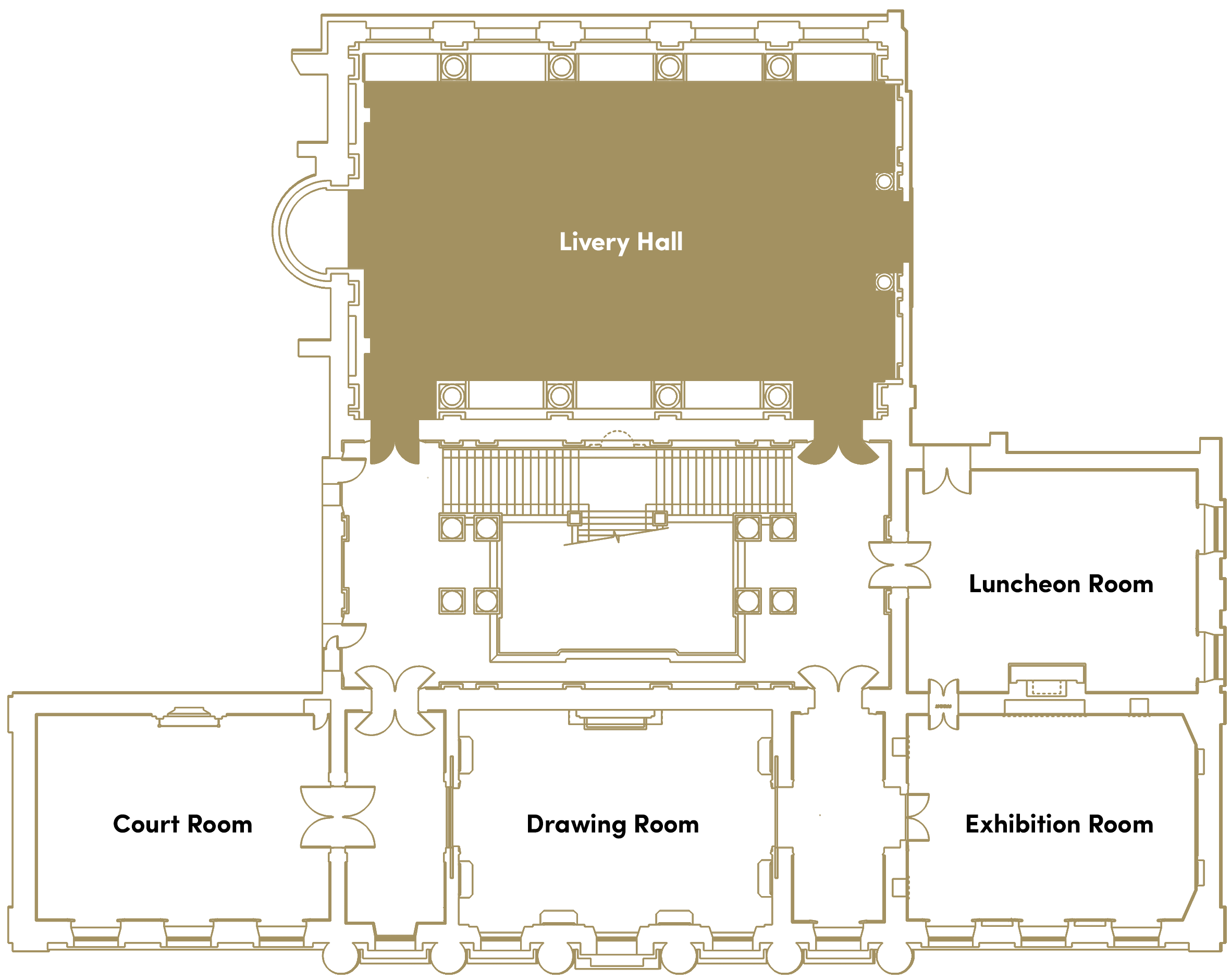 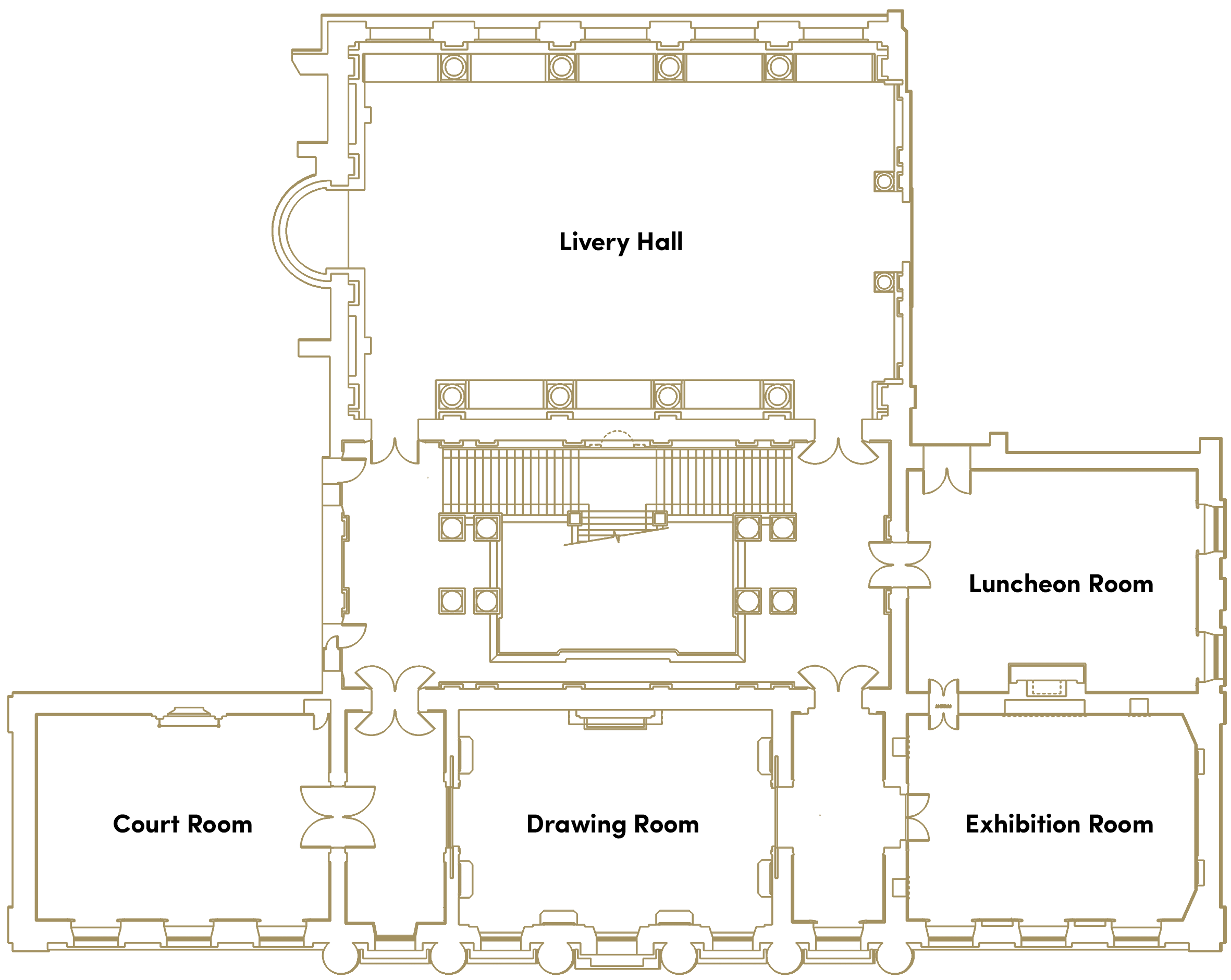